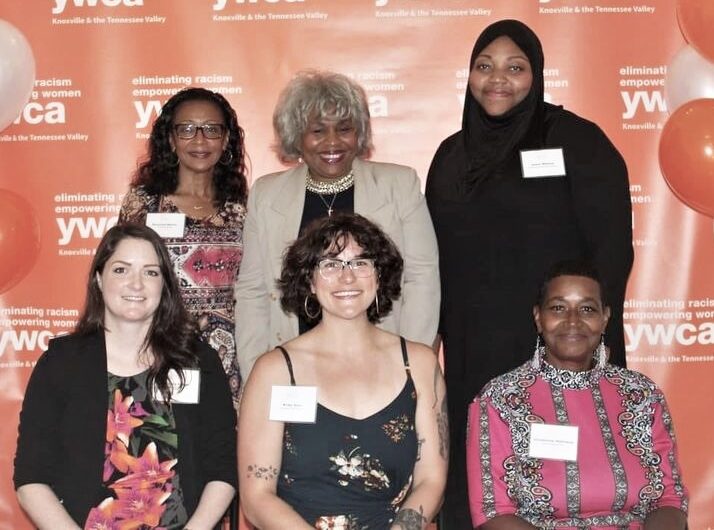 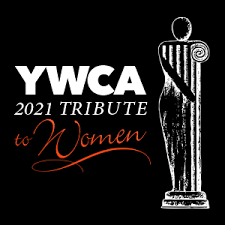 KNOXVILLE, TN – The 36th Annual Tribute to Women, sponsored by the YWCA Knoxville & Tennessee Valley among the foremost celebrations honoring women in the East Tennessee area. The celebration will be on Thursday, September 9, at The Mill & Mine in historic downtown Knoxville, with heavy hors d’oeuvres, beer, and wine. Tickets are available here link.

The YWCA Knoxville Tribute to Women recognizes women who exemplify the mission of the YWCA, to empower women, eliminate racism, and promote peace, justice, freedom, and dignity for all. The honorees are selected in seven categories: arts and culture; business and industry; community enhancement; education; emerging leader; racial and social justice; and science, technology, and environment.

THE 2021 TRIBUTE TO WOMEN NOMINEES:

Holloway has been a multimedia artist, with a deep love for nature from her childhood. She grew up in rural Tennessee in the ‘60s and used driftwood, roots, and tree bark to create art and redefine an object’s character. These art forms helped her cope with experiences of racism and prejudice. She developed an expertise in portrait drawings and found-object art. Holloway founded Canvas Can Do Miracles (CCDM) in 2008, and currently serves as the Executive Director. CCDM is a local nonprofit with programs that provide free art classes for children who may be at risk, adult artists, and individuals with substance abuse issues. She is supported by her husband Lillard Holloway, longtime friend and volunteer Audrey Wallace and a host of volunteers.

For over 15 years, C.O.N.N.E.C.T. Ministries has offered a wide variety of programs for those needing a second chance in life that includes housing support, re-entry programming, and continued assistance. Wyatt is a licensed clergy at Greater Warner A.M.E. Zion Church, whose mission is “to serve God by serving our community.” She is married to David Wyatt, and together they have ten children.

Mfalme-Shula is a network trainer and organizer for National Participatory Defense, which is a national community organizing model. She is also the lead organizer of the Community Defense of East Tennessee, the local hub for the Participatory Defense Network. Through her connections at both the national and local level, she works to encourage and empower individuals facing criminal charges, their families, and their communities to impact the outcomes of legal cases and thereby transform the landscape of power within the court systems. Aside from her role as a community leader, organizer, and advocate, she is also an artist, writer, and builder.

Martin joined the Knoxville Museum of Art (KMA) in 1993 and became the Director of Education in 2008. As a member of the Museum’s senior management team, Martin is responsible for overseeing the Educational Programs, Pre-K-12 Outreach, Adult Programs, and Visitor Services. She also oversees the tone and pace of KMA’s educational programs by ensuring that they are accessible to a wide audience in the communities of Knoxville and surrounding counties by evaluating its success and effectiveness. Martin oversees the development and implementation of all programs, events, and activities that educate and involve community members, school groups, and the general public.

Deal’s work with Girls Inc. began in 2014 as the Middle School Program Instructor for the Oak Ridge center. In this role she developed a passion for nonprofit work and strengthened her personal mission of empowering girls and women. Over the past five years, Kirby has worked to diversify fundraising and create new revenue streams through nurturing valuable community partnerships and relationships. She has helped grow the organization from a smaller local nonprofit that served two counties, to a regional organization across East Tennessee in Anderson, Blount, and Knox counties that serves over 1,300 girls annually through a variety of programs.

The Legacy Housing Foundation provides innovative programs, life-enhancing services, and affordable housing for those in need. In 2017, McKenzie was elected to represent the 6th District on Knoxville City Council, making her the first African American woman to serve on City Council. From much research and communications, McKenzie realized a strong correlation between Urban Renewal and the poverty rate among Knoxville’s Black communities. McKenzie introduced the African American Equity Restoration Resolution to identify strategic solutions to restore and rebuild the earned generational wealth that was taken through Urban Renewal projects and to provide future opportunities and access to resources.

Dr. Elliott is a scientist by day, science TV personality by night, and has a 3D printed, life-sized statue of herself in Dallas for when she was an AAAS IF ambassador. As a researcher at Oak Ridge National Laboratory, Dr. Elliott explores metal and ceramic 3D printing technology and robotics and automation, meets with industry leaders from around the country to consult on proper uses of 3D printing, and holds several patents. Dr. Elliott also serves as a science commentator on The Science Channel’s “Outrageous Acts of Science,” starred on The Discovery Channel’s “The Big Brain Theory” an engineering reality competition show, and served as on-camera host for RoboNation TV’s academic robotics competitions.

The 2021 Tribute to Women celebration will be at 5:30 – 8:30 pm, Thursday, September 9, at The Mill & Mine in historic downtown Knoxville, with heavy hors d’oeuvres, beer, and wine. Tickets are available here link.

To learn about events, services and volunteer opportunities with the YWCA (Young Women’s Christian Association) Knoxville & the Tennessee Valley; visit ywcaknox.com; or email to info@ywcaknox.com.