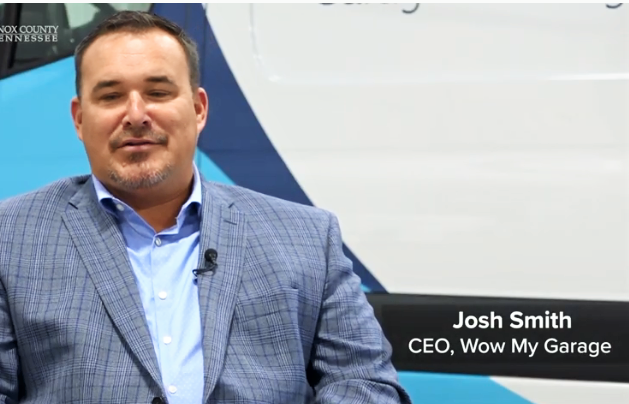 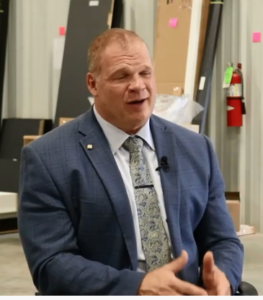 For more than a year, the Mayor has conducted interviews with small business owners, offering them the opportunity to talk about what they do; highlight their work, and share any future plans. A new vignette runs each week on the county and Mayor’s various social media platforms.

This interview focuses on Josh Smith and his various businesses and organizations with an emphasis on one of his latest ventures, the Knoxville-based Wow My Garage.

“(We do) everything you’ve ever wanted to do to your garage and more,” Smith said.

He said they’ve created showrooms and home gyms and found ways for folks to better organize their garages. The company provides a free consultation where a designer and owner will come up with what they think will work best and then figure out a price.

“We’ve got it right down to a process… and you’re looking at a brand-new garage in just 24 to 48 hours,” Smith said.

Smith and the Mayor also talked about the entrepreneur’s background. 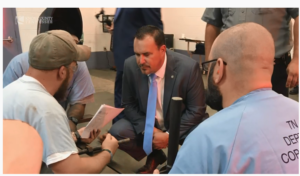 “I started out (in a) broken home, with a single mom just making it happen for us – she’s an amazing woman. And then I ended up in trouble at a very young age. At 16, I was in trouble and then again at 21,” Smith said. “I was sentenced to spend time in prison. While I was in there, I was in a place where there were CEOs, and finance guys, and business people and I’d never been exposed to that before. So, I began to listen, to pay attention, read some books.”

When he was released, he founded Master Service Companies, which he later sold then started the “4th Purpose Foundation,” a non-profit that helps inmates when they get out of prison.

“People ask me all the time, ‘will you hire people with a bad background?’ And I say, I’m going to give somebody a chance because of who they are today – not who they were yesterday,” said Smith.

To hear more of the conversation, click video to watch.

Smith is fully invested in prison reform. After serving time, his prison record prevented him from getting a job to support his family, housing, traveling, and from attending some venues. For someone who has ‘been reformed’ and ‘paid their debt to society’ Smith experienced the many unjust hardships and restrictions on persons who deserve a second chance and want to do and get it right.

Earlier this year, Smith purchased the originally black-built Dogan-Gaither Motel on Jessamine St. on the East side of the Old City. He is renovating it to be one-room units to house and provide support to assist former inmates, who have paid their debt, to positively integrate back into society.

Smith said that he is humbled to repurpose the property that was for citizens with limited rights into a place where some can regain their rights.

The Dogan-Gaither Motel is one of Knoxville’s disregarded black historic landmarks. It was built and owned by its namesakes who were black entrepreneurs and among the few places where black travelers could stay in the Jim Crow and era of segregation.