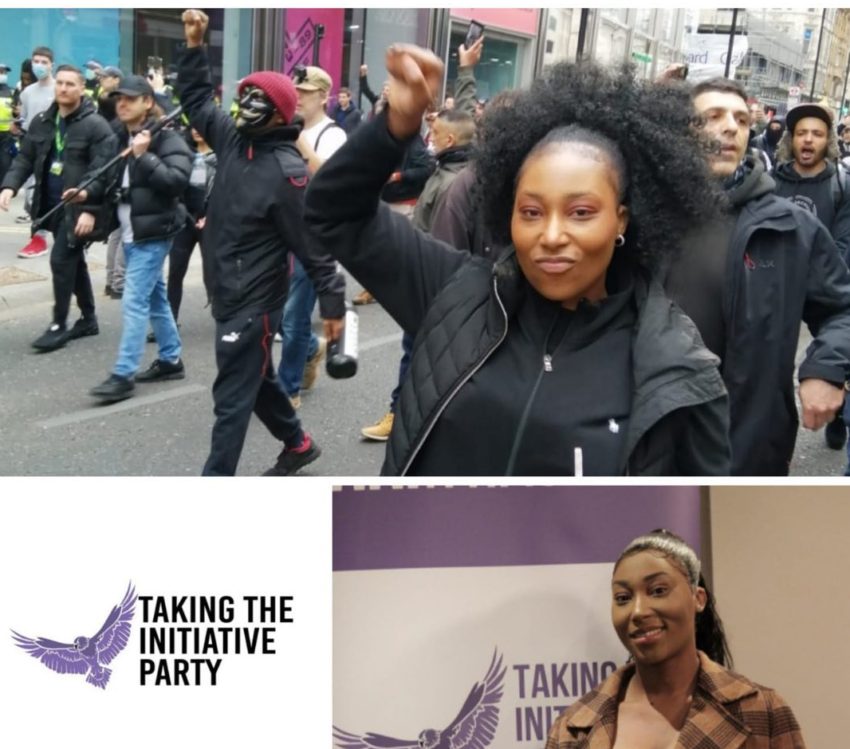 May 24, 2021 – An outspoken anti-racist and Black Lives Matter supporter Sasha Johnson was shot in the head about 3 a.m. Sunday morning in London, England.

Less than 24-hours into the investigation, Scotland Yard determined that there is “nothing to suggest” that Johnson was the intended target of the shooting in Peckham on Sunday morning. The investigation is ongoing.

According to UK police reports, a group of four cloaked black men forced their way into a garden party in south London, fired shots, and fled before the police arrived.

Johnson is in the hospital in “critical” condition, with “very serious” injuries as the attack is being investigated.

Sasha Johnson is a British citizen who emerged during the rise of the 2020 Black Lives Matter movement. That summer, Johnson was a participant in the founding of the Taking The Initiative Party (TTIP), registered as a British election commission party; she serves on its Executive Leadership Committee. Johnson was also an organizer of the August 2020 Million People March in London, an anti-racist demonstration attended by around 400 people.

In March 2021, Johnson was a co-signatory to a statement alleging that police were targeting some Black protesters who participated in the 2020 Black Lives Matter protests by name, including by repeated phone calls, to deter them from engaging in Kill the Bill protests.

According to those close to Johnson and a TTIP statement, Johnson has been recently receiving repeated death threats.

An update on the UK Against Racism Facebook page posted Monday afternoon by the Taking The Initiative Party (TTIP) of which Johnson is an executive member read in part:

Members of the TTIP and those close to Johnson have knowledge of recent “repeated death threats” on her life. The group wants to also forewarn readers of a fake Facebook account, Sasha JohnsonBLM that is being used to distribute fake information.

Supporters friends and family welcome kind messages and words of support for Johnson’s full recovery as she fights for her life as she fought for justice and equality.