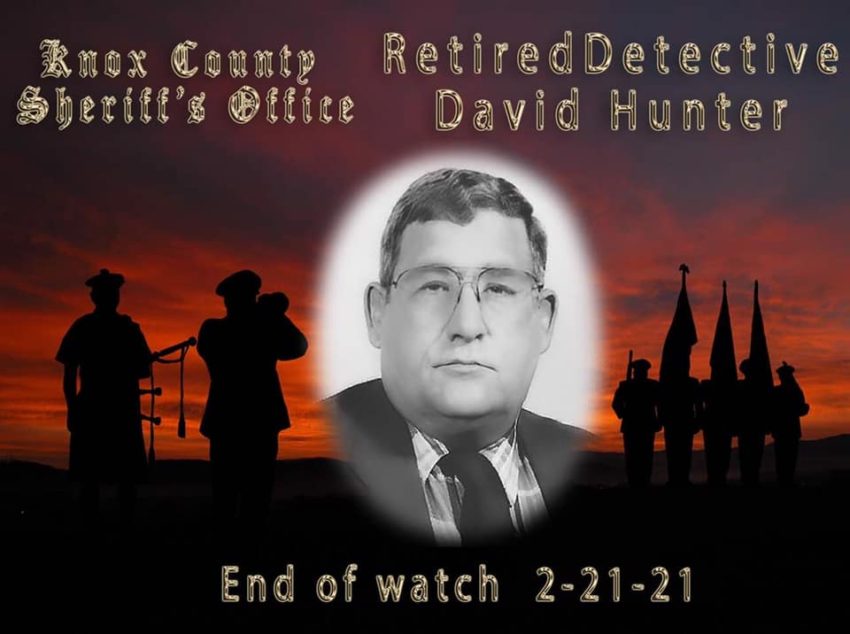 He was a retired detective from Knox County Sheriff’s Office, a former op-ed columnist for The Knoxville News Sentinel for 27 years, the author of 21 books, and of numerous magazine articles from Jack and Jill, Mad Magazine, and Reader’s Digest. He was an inductee into the East Tennessee Friends of the Library Hall of Fame and holds a lifetime achievement award from The Knoxville Writer’s Guild. His books have been nominated for the Edgar and Best Appalachian Book Award. He was well known for his compelling storytelling, dry sense of humor, and intelligent mind.

David was preceded in death by his parents, Bill and Helen Hunter, and his four beloved German Shepherds, Maxie, Greta, Angel, and Lady. He is survived by his loving wife of 44 years, Cheryl Krooss Hunter, his siblings, Larry Hunter (Nancy) and Pat Houser (Don), his children, Kristi Burkhart (Charles), Elaine Boswell (Wade), and Dave Hunter, his grandchildren, Christopher Odom, Grace Odom, and Sydney Boswell, his great-granddaughter, Malia Jordan, and his many cousins, nieces, and nephews.

At David’s request, there will not be a service or memorial. He will be greatly missed by all who knew him.