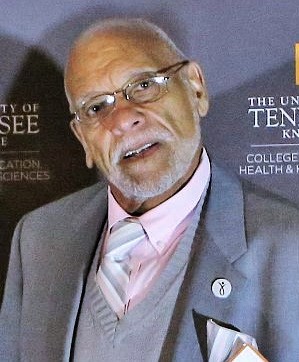 In recognition of Black History Month, the first installment of Mayor Jacobs’ docuseries, ‘Knox Narratives’ features Robert J. (Bob) Booker, a Knoxville native who was a key actor in shaping and preserving Knoxville’s Black history. It can be viewed on YouTube and Facebook using the attached link.

The first episode of the series will continue the focus on our region’s rich heritage during Black History Month and feature a conversation with Robert J. (Bob) Booker, a Knoxville native who has both made and preserved local black history.

Robert Booker was raised during the era of segregation in Knoxville, started a newspaper as a student at Austin High School, served in the U.S. Army in the 1950s, and became a local champion of civil rights as a student at Knoxville College, where he served twice as student body president and organized peaceful protests that helped desegregate Downtown Knoxville businesses in the 1960s.

In 1966, Booker became the first black person elected to represent Knoxville in the state legislature. After three terms as a state representative, Booker broke another racial barrier in his home city. He was appointed aide to Knoxville Mayor Kyle Testerman in 1972, making Booker the first black administrator for the city government.

Later, Booker was named director of the Beck Cultural Exchange Center, which he popularized as an unmatched repository of local black history. His years of dedicated research and preservation efforts resulted in a more complete picture of our past and present culture. Booker authored five books and several booklets on local history. His prolific writing also includes hundreds of articles as a newspaper columnist.

In his conversation with Mayor Jacobs, Booker shares memories of his many incredible experiences, recalls humorous moments during dire situations, gives his perspective on what made Knoxville different during the Civil Rights Movement and offers his thoughts on the future of race relations.