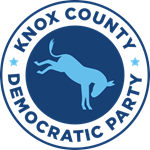 For weeks, Marsha Blackburn, Bill Hagerty, Tim Burchett, and TN State Legislators have been sowing disinformation, peddling lies about our election system, and fomenting the ingredients for domestic terrorism.

Jason Zachary, Michelle Carringer, Dave Wright, and Becky Massey all signed onto a seditious letter asking for millions of legally cast votes to be thrown out in other states. Attorney General Slatery used TN tax-payer dollars to back this effort to undo our election. Governor Bill Lee has refused to state the simple fact that Joe Biden won the election. Tim Burchett signed on to the absurd appeal from Texas to disenfranchise millions of Americans. He repeatedly has used Q-anon tropes like calling constituents “lizard people” on Twitter and made untrue claims about “vote dumps” to steal elections. These Republicans’ irresponsible actions fueled the unfounded rage and ignorance of the terrorists who stormed our nation’s Capitol today. “As you sow, so shall ye reap.”

The Republican Party, from the President all the way down to State Representatives & County Commissioners, has engaged in deception, lies, sedition, anti-patriotism, and unconstitutional actions. The chaos and mob violence that is still unfolding at the U.S. Capitol are disastrous results of this irresponsible behavior. The Republican Party does not believe in democracy and they do not respect the Constitution.

Without qualification, we condemn the actions of the terrorists today and the rhetoric that incited them.

Further, we call on these same officials to demand that law and order be restored and the democratic
procedures enshrined in the Constitution be respected so that the difficult work of democratic government can be resumed.