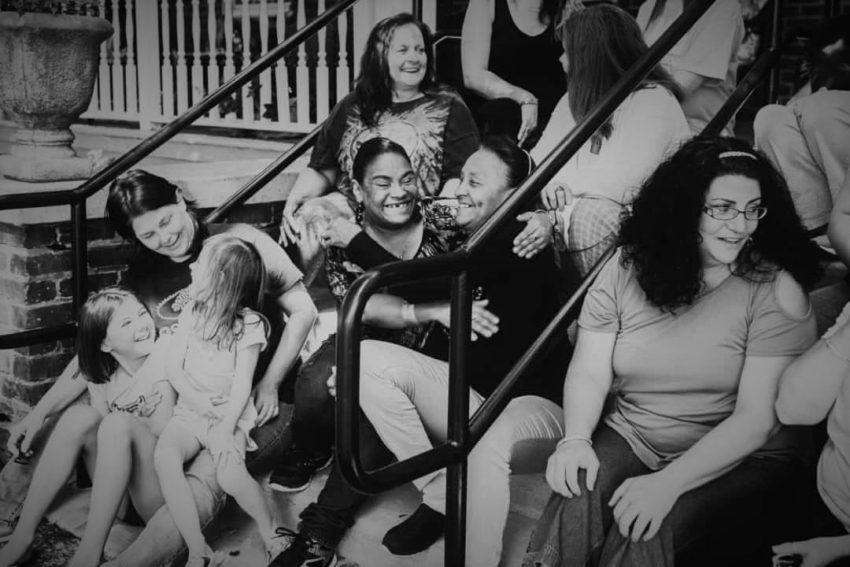 OP-ED: By Barbara Bridges
I lived for 4-plus months at a Knoxville shelter for women and children when my kids were little. It was during my first year of architecture school. While I appreciate the support they provided, I can also tell you that the expectations they placed on residents were unmanageable for most of us. Perhaps better words would be “maddening” or “humiliating.”
It took months to get a KCDC voucher, and in the meantime, we had to observe a 7 pm curfew and attend mandatory homophobic, creationist Bible studies, or face a penalty of eviction.
We were not allowed to lock our rooms when we were away, and property theft was pretty common. I had my food stamps and some jewelry I had made stolen from my room. We were not allowed to stay elsewhere overnight without written permission. We were not allowed to have food in our rooms.
The mandatory chores were okay (they tried to accommodate my classes/childcare schedule, etc), but every rule was enforced on the penalty of eviction. If I failed to mop the floors every night I would get written up, and 3 write-ups equaled eviction. We often felt like prisoners.
Mothers with teenaged boys older than 11 or 12 were not allowed to stay there unless they agreed to make other arrangements for their sons. I don’t know if they had a policy regarding transwomen, but there were none staying there (that I know of).
Untrained staff were allowed to flip through our personal counseling records to pass their boredom while answering phones.
Many of the people who worked there were kind and compassionate (many times I would come home and find a new outfit for me or for my kids that one of the staff members had pulled out of the donations and laid out on the bed for us).
There was no formal structure for residents to address their grievances. Any issues that came up between residents or between a resident and a staff person were dealt with in the group counseling sessions. We were stripped of our autonomy and privacy in a Christian boot camp sort of way – broken down and rebuilt.
Most of the people who checked in left before they found permanent housing. Many went back to their abusers. And this was the safest of the shelters in Knoxville at that time. The KCDC waitlist was much shorter at that time. I can only recall one other woman and her toddler getting into permanent housing while I was there, and I believe the only reason my kids and I got into KCDC housing as soon as we did, was because I was a UT student (an edge of privilege).
I don’t agree that getting people off the streets and into shelters is the answer to the housing crisis in Knoxville, or that it’s reasonable to expect people to heal, get clean, find and hold down a job, save up, and find market-rate housing for themselves while they are living in a shelter.
The external stress of living in such an environment is traumatizing and not conducive to healing or getting one’s shit together.
The City wants to use concomitant issues like violent crime, mental illness, drug abuse, etc. as diversionary tactics to avoid having to address the structural nature of the housing crisis. But, the housing crisis is not the result of the individual failures of the homeless; it is a structural failure of the housing market to meet the demand. And, the ONLY solution is permanent subsidized housing. Public policy that seeks to fix people first, so they can get themselves into permanent market-rate housing is, in my opinion, backward given the housing shortage.
It’s a mistake to think of permanent housing as the ultimate desired outcome anyway: mental health and HEALTHY COMMUNITIES should be the desired outcome. Safe, secure housing is a necessary condition to achieve that end because it is only when people are safe that they can effectively begin to deal with any other issues they might face.
(This post is from the writer’s Facebook page and a reflection of her experience many years ago. The ETE chose not to disclose the name of the shelter. The opinions expressed are those of the writer and not to be taken as the position of the East Tennessee Enlightener.)
Spread the love