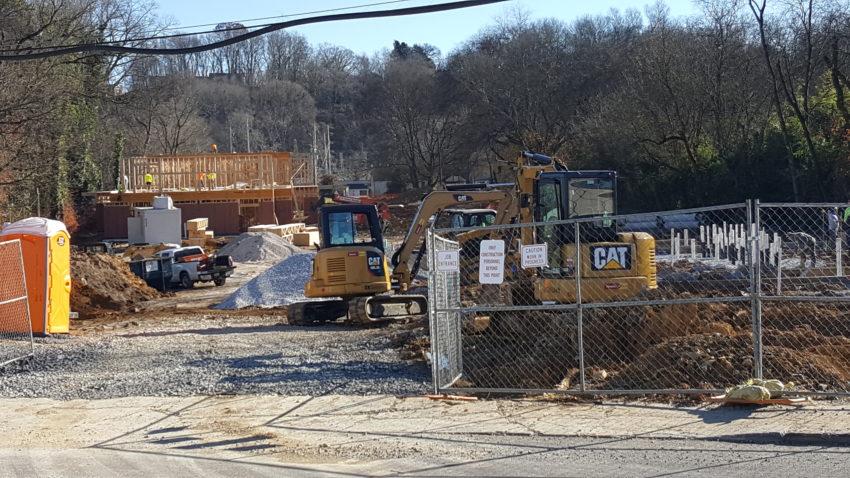 Burlington Commons at 4530 Holston Drive planned to be ready for occupants in the fall of 2021. It is income-based affordable housing with two, three-story buildings with a total of 50 units.

The complex will also have a laundry room, community room, business center, fitness center, and bicycle storage. A rendering of the complex is available at VarnerHomes.com/Burlington-Commons.

The rental rate for apartments at Burlington Commons will be based on Fair Market Rent, minus a utility allowance. Qualifying renters will be those whose incomes are 80 percent or less of the area median income (AMI): $59,100 for a family of four ($53,200 for a three-person household; $47,300 for a two-person family; and $41,400 for a single household).

Section 8 vouchers will be accepted with tenants paying no more than 30 percent of their adjusted income on rent and utilities. These families will qualify at 50 percent or less of the area median income.

The estimated cost of the project is $10.4 million, which in addition to the City’s ARDF funds, will be financed with tax-credit equity provided by RBC Community Investments and additional financing by Churchill Stateside Group. Other partners on the project are Davie Construction, Bass Berry and Sims, Bunch Development Services, and Smee Busby Architects. Developers expect the project to be completed in the Fall of 2021.

Burlington Commons will be on KAT Bus Route 31, behind Kroger’s Asheville Highway, and 2 blocks from the Burlington Branch Knox County Public Library.

Burlington Commons is the most recent affordable apartment complex to receive an allocation (TIFF) from the ARDF, which Mayor Madeline Rogero established in 2017 with an initial $2.5 million in the capital budget. Since that time, the City has allocated more than $12.6 million in local general funds for the development of new affordable rental housing.

Two TIFF/ARDF-funded projects have been completed this year:

Three additional projects that will be managed by Elmington Property Management, LLC  are currently under construction. In less than 2-years: the Flats at Pond Gap, Young High Flats, and a complex off Moss Grove Boulevard in Cedar Bluff.

Elmington Property Management, LLC is a commercial real estate investment, development, construction, affordable housing, senior living, and property management firm headquartered in Nashville, according to the company’s website. Despite numerous and ongoing tenant complaints, it has an A+ rating by the Better Business Bureau.

Properties managed by Elmington, have many unresolved tenant complaints across the state, that includes Nashville and Memphis. The BBB website notes that customer reviews are not considered in its ratings.

For additional information about the City’s efforts to develop affordable housing and additional programs and activities of the Housing and Neighborhood Development Department, visit KnoxvilleTN.gov/development.