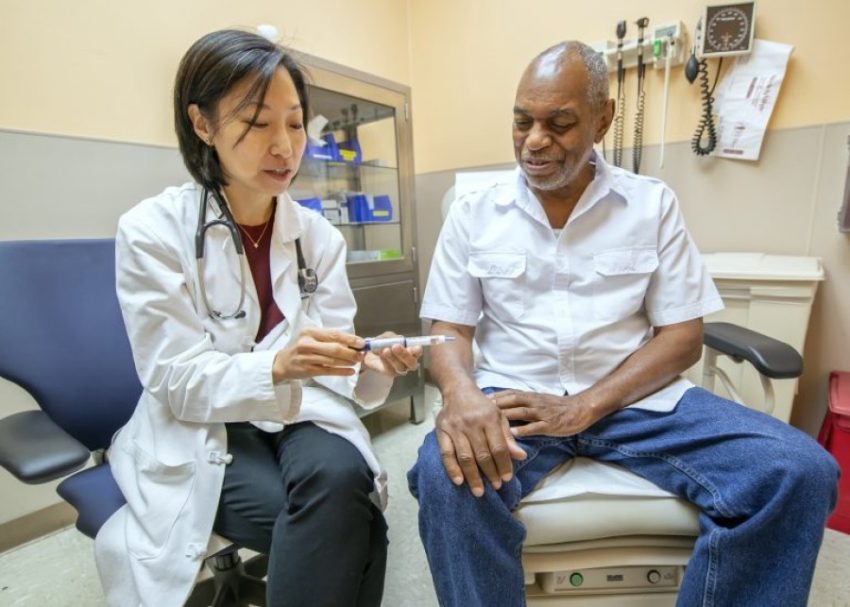 A Department of Veterans Affairs doctor speaks with a patient. (Undated Dept. of VA file photo.)

WASHINGTON (Sept. 1, 2020) – The Department of Veterans Affairs hasn’t followed up on millions of veterans’ medical appointments that were canceled in response to the coronavirus pandemic, an investigation found.

In a recent report issued Tuesday, the Inspector General told the department to prioritize follow-ups to the millions of cancellations and reschedule them if care is still needed. Primary care and mental health appointments were the most canceled.

Sherman Gillums Jr., a Marine veteran and chief advocacy officer for AMVETS, described the situation as “one of the greatest tests the agency has ever faced.”

“We anticipated that the number of veterans with canceled appointments could go pretty high,” Gillums said. “To now hear that the number of needed follow-ups could be between 2 to 3 million presents us with the sobering reality of how Covid-19 has impacted access to care.”

The VA began canceling non-urgent appointments and elective surgeries in March to help prevent the spread of the coronavirus and free beds for patients suffering from it. The move was warranted, the IG said, “but unfortunately increased the risk of patients not receiving rescheduled appointments.”

Though the VA issued guidance to hospitals in March about canceling appointments, the rules weren’t consistently followed, worsening the situation, inspectors found. For appointments canceled March 15 to May 1, there is no evidence that the VA staff followed up with about one-third of the patients.

VA Press Secretary Christina Noel said the report gave a “false impression” that veterans didn’t receive proper follow-up. She insisted that the VA followed up with all the appointments, even though staff may not have noted it in the department’s scheduling system.

She said the department has started a review of all canceled appointments, but only out of an abundance of caution.

Richard Stone, executive director of the Veterans Health Administration, defended the department’s efforts during the pandemic and touted the agency’s use of telehealth. The VA has increased its capacity for telehealth appointments by more than 1000%, he said.

However, Stone agreed with the IG’s recommendation to review canceled appointments where there were no signs of follow-up. He estimated the effort would be completed in October.