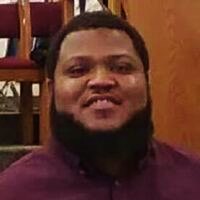 Dante Jacobi Lewis, age 32 was born August 30, 1987 and passed from Earth to Eternity on June 22,
2020. Dante was born in Washington D.C., lived in Savannah, Georgia, but grew up in Blount
County and called this his home.

Dante was a member of the Alcoa High School Class of 2005 where he was a standout middle linebacker and member of the 2004-2005 State Championship Football Team. Dante was also an honorably discharged veteran of the United States Army where he served bravely in the Iraqi War.

Dante was an easy-going, loyal friend to many, a loving father, son, grandson, brother and uncle who was always willing to help someone in need and who had given his life to Christ at an early age and was a member of Mother Love Missionary Baptist Church in Louisville.

Dante’s Homegoing Celebration will be held on Thursday, July 2 nd at Foothills Funeral Home at
910 East Lincoln Road, Maryville, TN 37804. Visitation will be from 4pm-5pm with Celebration
of Life to follow: Eulogy by his father Rev. Benjamin E. Lewis, Jr. In lieu of flowers, contributions
may be made toward Dante’s final expenses by mailing to Foothills Funeral Home at the above
address or by calling (865) 984-9485. www.foothillsfh.com