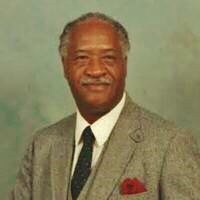 McKinley Flowers, Jr. was a lifelong champion of civil rights, political, and community action. Over the past 70 years, he played a pivotal role in virtually every movement for empowerment, peace, civil rights, and economic and social justice in the local areas where he and his family have resided.  Mr. Flowers most recently was a member of Bethel Missionary Baptist Church of Alcoa, TN, African American Men’s Association (Geneva, NY), Men in Christ (Alcoa, TN), and a lifelong  NAACP member.

Born on January 30, 1928 in Alcoa, Tennessee, McKinley attended Charles M. Hall High School and entered the Marine Corps in 1946 at the age of 18. He completed basic training at Camp Lejeune, NC where he attained his General Equivalency Diploma and was soon thereafter deployed to serve in Guam.  After being honorably discharged from the Marines, he was drafted into the US Army in 1950; completed his two-year term as an officer, and then began undergraduate studies at the historically black A&T College in Greensboro, NC.

In 1956, he graduated with a Bachelor of Science degree in Vocational Industrial Education and married his college sweetheart, Magnolia Hood, who has always been a supportive partner to his projects and endeavors throughout the years.  This past October, they celebrated 63 years of marriage.

Mr. Flowers was an Industrial Arts teacher at Pikesville (TN) Correctional School for Boys.  He began his activism that same summer, seeking to desegregate the local Sears lunch counter in Maryville, TN; and has continued to lead several major public policy initiatives throughout the years.

In 1958, McKinley accepted a position as Manual Arts Therapist with the Veterans Administration Hospital in Coatesville PA.  After moving his family north, Flowers continued his activism in the 1960’s and 1970’s; as membership chairman and as President of three local (Coatesville PA, Downingtown PA, Geneva NY) NAACP chapters.  He also organized the first interracial Chester County Coalition for Equal Opportunity in Chester County, PA.

In 1973, shortly after spearheading protests for equal opportunity in the Veteran’s Administration, Flowers was accepted into the administrative training program. After completing a stringent training process, Mr. Flowers was promoted to the position of Administrative Assistant to the Chief of Staff and was transferred to Canandaigua NY VA Hospital.  He held that administrative position, until retiring in 1985, with 30 years of federal government service.

For the next 30-plus years, McKinley continued to launch progressive initiatives in local communities in the Finger Lakes Area of New York and (Blount County) Tennessee. He worked as President of the African American Men’s Association and on the Industrial Development Board for the City of Geneva, NY.  Flowers also served faithfully on the Trustee Board at Mt. Olive Baptist Church in Geneva NY.

Prior to returning to East Tennessee, Mr. Flowers and his wife Magnolia received awards from the Mayor of Geneva, the Human Rights Commission, and several other local groups for their committed work in the community.

In 2003, McKinley and Magnolia moved back to their hometown, Alcoa TN, and were active members of Rest Haven and Bethel Missionary Baptist Churches.  At age 92, McKinley was still on course.  He helped to organize the group, Men in Christ which was established to teach young men leadership, responsibility, and community action.

McKinley had a distinct voice, a contagious laugh, and an unselfish willingness to share his knowledge of history and carpentry with others.  He was a teacher, a mentor, and a committed community activist, who generously lent his influence to open doors of opportunity for young men in the community. His humor, diplomacy, and welcoming (but firm) kindness will be sorely missed by all who knew him.

An eternal thank-you for kindness shown by the staff of Blount Memorial Hospital, Select Specialty Hospital, Transitional Care Center at Morning View Village, and members of various churches and community groups. A celebration of his life will occur at a later date. Burial will be private and arrangements are under the direction of Foothills Funeral Home, Maryville TN.

Click here to: View/Sign Guestbook: or to Send Sympathy Card