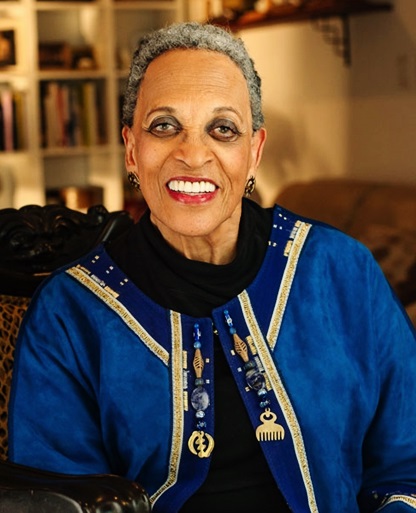 Following a frank and wide-ranging conversation with Ms. Sandberg, who generously shared her time and insights, NCNW Affiliate leaders identified voter protection as one of their chief concerns. No matter what measures legislators, regulators, Facebook and other social media platforms implement to avoid fake and misleading news, the implication is clear. Citizens have the privilege and responsibility to secure for themselves the promises of liberty.

U.S. Supreme Court Chief Justice John Roberts agrees. In his annual report on the Courts, issued last week, Justice Roberts wrote, “Each generation has an obligation to pass on to the next, not only a fully functioning government responsive to the needs of the people but the tools to understand and improve it.”

Evidence that too many Americans lack those tools is as close as last Friday’s Twitter feed. The misguided belief that applying for college financial aid via the Free Application for Federal Student Aid Form (FAFSA) is a government-sponsored ruse to draft Black people into the military was trending on Twitter with more than 40,000 Tweets.

Basic to understanding the US government is a rudimentary knowledge of US history. Nearly 50 years ago the US abandoned compulsory conscription (the draft) in favor of an all voluntary military.  It would be tragic if young African American men were seduced into avoiding college to accomplish the very same diabolical result achieved by 19th Century laws making their education illegal. Just as troubling is the prospect of lackluster voter turnout dampened by rumor-fueled anger and disappointment in the ability or willingness of institutions to protect basic rights.

In the words of the Chief Justice, “…we have come to take democracy for granted, and civic education has fallen by the wayside. In our age, when social media can instantly spread rumor and false information on a grand scale, the public’s need to understand our government, and the protections it provides, is ever more vital.”

Citizens must equip themselves with credible information to protect against fake news. Beginning immediately, NCNW will expand its free basic citizenship education effort aimed at younger voters to assure that they can distinguish for themselves the difference between fact and fiction.

The National Council of Negro Women is a coalition comprised of 200 community-based sections in 32 states and 38 national organizational affiliates that work to enlighten and inspire more than 3,000,000 women and men. Its mission is to lead, advocate for and empower women of African descent, their families and communities. The National Council of Negro Women is a Washington, D.C.-based international non-profit organization making a difference in the lives of women, children and families throughout the world through research, advocacy, and community-based services and programs. The organization was founded on December 5, 1935, by Dr. Mary McLeod Bethune. Dr. Dorothy Irene Height, President Emerita led the organization for more than fifty years before passing in 2010. For more information, please visit www.ncnw.org.