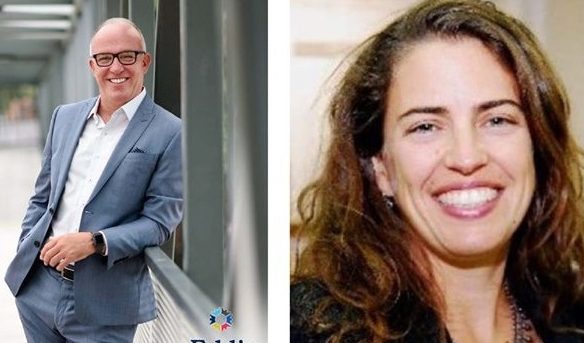 Eddie Mannis (Rep) and India Kincannon (Dem) are on the ballot for Knoxville's next mayor. The election is this Tuesday, November 5, 2019

(Oct. 31, 2019) Knoxville’s mayoral election is pitting Indya Kincannon, who trained in public affairs at the prestigious Woodrow Wilson School of Public and International Affairs and served as Mayor Madeline Rogero’s Special Program Manager for 3 years and the head of the Knox County School Board for 10, against Eddie Mannis, a Republican who is the owner of a dry-cleaning franchise. Mannis has an extensive resume in community service, but Kincannon’s is even longer.

Mannis markets himself as a moderate Republican, but you have to ask why he has long supported Congressman Tim Burchett, who wooed the African-American community for years but now has unveiled himself in Washington as a reactionary conservative in the mold of Marsha Blackburn and President Trump. Kincannon, with a background in teaching and activism, has demonstrated her commitment to helping the disadvantaged all of her public life. Mannis’ efforts have focused more on the arts and business.

We all know that downtown and West Knoxville have thrived over recent years. Downtown has gone from being a wasteland 20 years ago to being a bustling center today, and West Knoxville has continued to become even more prosperous. But the prosperity is not evenly spread.

Parts of East and North Knoxville remain ravaged by poverty, violence, and lack of investment. While Mannis commits himself to developing “all” areas of the city, Kincannon understands that the African-American community has pointedly been left behind. She supports prioritizing the struggling areas of Knoxville in the next phases of development.

Another big issue for the African-American community is the gun violence that has ravaged so many families. In October, the violence prevention organization Moms Demand Action held a candidate meet-up in East Knoxville to discuss city council and mayoral candidates’ positions on preventing gun violence. Mannis was “otherwise engaged,” and said in a statement that he wanted to offer “hope and opportunities” for young people, but Indya Kincannon showed up to voice her support for strong actions to combat gun violence. She said, “Doing nothing isn’t working.”

There is a difference between speech and action. Mannis has plastered the community with testimonials, but Indya Kincannon has shown up in person.