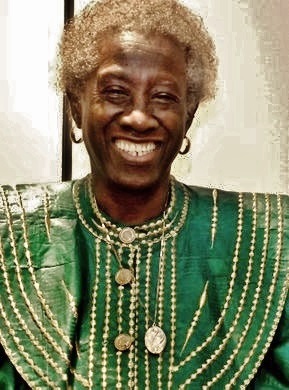 Unita Blackwell is honored at the Sisters of Change Reception at the HIlton Garden Inn in Montgomery, Ala. Friday, November 10, 2006. (Montgomery Advertiser/Tammy McKinley)

Civil Rights Icon and the first black woman mayor in the State of Mississippi.

Unita Blackwell died May 13, 2019, in Biloxi, Mississippi of complications of dementia at the age of 86 as reported from the Clarion Ledger.

Blackwell was a civil rights activist who rose from a young life as a sharecropper to become an advisor to seven presidents and the first black woman mayor in Mississippi.

As a project director for the Student Nonviolent Coordinating Committee (SNCC), Blackwell led registration drives for black voters in Mississippi in the 1960s. She was jailed more than 70 times as she rallied voters and fought for their rights.

So important was her influence in the Civil Rights Movement that she became an advisor to seven presidents; Lyndon Johnson, Richard Nixon, Gerald Ford, Jimmy Carter, Ronald Reagan, and Bill Clinton.

More about Unita Blackwell: From sharecropper to presidential adviser

Share condolences for Unita Blackwell in our Guest Book.