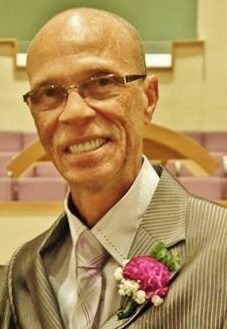 Knoxville native, author, and speaker, Frank Turner, Jr, and Gospel singer Wess Morgan will share their stories of falling from grace and climbing from despair, to deliver the word of God, Hope, and Salvation.

Frank Turner, Jr. is a Knoxville native. As a young adult, he became addicted to cocaine and landed in prison for crimes he committed to support his drug habit. Facing the consequences of his choices and in despair, Turner opened the door of his heart to God – and changed his life.

While incarcerated, Turner participated in the Men-of-Valor: Jericho Project, a faith-based prison ministry, and Jobs for Life. Through these ministries, Turner learned to embrace his value and learned principles that helped him to recognize and overcome roadblocks in his life.

After serving time and paying his dues to society, Turner made a choice to commit his life to prevent others from going down that path and helping out those that did.

Turner says that he is a proud graduate of the University of Adversity with a Master’s Degree in Hard Knocks that has equipped him to be an effective biblical teacher. And to his personal experiences, he added knowledge and graduated from Pontiac Business Institute and Newburgh Seminary.

Turner is an author, life coach, and an employer at his brick mason business. He is currently the reentry program and team leader for the prison ministry at Mt. Zion Baptist Church in Nashville, Tennessee.

In 2008, Turner was the first recipient of the “Jobs for Life Graduate of the Year.” An award presented to an individual who embodied and elevated the purpose of Jobs for Life to transform lives. Turner was chosen from among 4,000 nation-wide graduates. The organization is faith-based, non-denominational and encourages participants to recognize their moral values, divine purpose, and to display social and career ethics. It is in 275 cities, 40 states, and 9 countries and annually serves thousands of individuals.

Pastor Wess Morgan is also a gospel singer and actor, was Born in Mississippi and raised in Tennessee in a musical family. His parents Joseph and Yolanda were both pastors who sang in and out of churches. He traveled with his parents and siblings ministering the word of God through music, teaching, and preaching in churches across the United States. At a young age, Morgan embraced God and music as an integral part of his life.

But at the age of 11, Morgan began experimenting with drugs and alcohol and became addicted to cocaine. He was in and out of juvenile detention centers and jail through his teens and 20s. While in jail, and about to be sentenced for seriously injuring his friends in a horrifying car crash when he was high, drunk, and speeding that he came to acknowledge God. “I just cried out to God and asked Him to forgive me for what happened and to help me get straight,” Morgan recalls. “I asked Him for guidance, and He spoke one word, ‘accountability.’ And I’ve been clean ever since.”

Morgan, by the grace of God, has also been delivered from the depths of despair and has committed his soulful voice and refreshing delivery to the gospel and helping others.