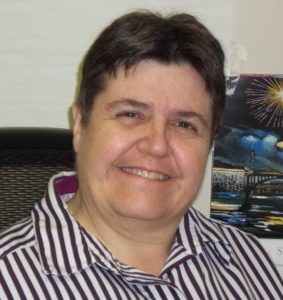 Monday was historically a holiday celebrated as Columbus Day. But as a Lakota man recently said, “Columbus did not discover the New World, he invaded it.” The day is becoming more known as Indigenous Peoples’ Day and for the first time, a sitting president has issued a proclamation hailing it as such. Please toast the Continental, Hawaiian, and Alaskan Native Americans who have lived here for centuries and have continued to taken good care of North America.

Oct. 10-13th, Sun-Wed Midnight-11:30 PM: Maryville College Southern Circuit Film Series: Not Going Quietly. Story of how Ady Barkan, a man stricken with ALS, chances to meet a powerful Senator on an airplane while traveling to protest a bill that will cut into the healthcare programs he needs to survive. The conversation is captured on video, goes viral, and catapults him into the public eye. This film is free and can be viewed online anytime during these 4 days. Click on this link, scroll down to “purchase ticket”, register by entering your email address, create an account and click on preorder. A link to the movie will be sent to you.

Oct. 14th, Thur 6PM: Blood in the Water. Online discussion of TN’s broken bail system. Sponsored by ACLU. Stories told by our rural neighbors will describe how the predatory money bail system empowers bond sharks and prison profiteers to trap Tennesseans in an endless cycle of incarceration. Steps for achieving statewide bond reform will be discussed. To register and receive link, call 615-320-7142.

Oct. 20th, Wed 7PM: What is Critical Race Theory & Why is it Getting Attention Now? Discussion sponsored by SURJ-BC. Discussion leaders will help us understand the origin and implications of CRT and why it has become such a flashpoint. To receive registration details (including suggestions for preparation) for this session, please send a note with CRT in the subject line and your contact information to blountcountysurj@gmail.com .

Oct. 24-27th, Sun-Wed Midnight-11:30 PM: Maryville College Southern Circuit Film Series: And So I Stayed. This is the story of how the legal system gets domestic violence wrong. It is a moving portrait of Kim, Tanisha, and Nikki, three survivors whose strikingly similar stories are separated by over 30 years. None of them were believed, and each of them was criminalized for fighting back. This film is free and can be viewed online anytime during these 4 days. Click on this link, scroll down to “purchase ticket”, register by entering your email address, create an account and click on preorder. A link to the movie will be sent to you.

ABOUT: Huddlers of The Women’s March Coalition was inspired by the 2017 Women’s March on Washington, D.C. Huddles are connected divisions in communities with connected Huddles and groups focused on similar missions. There are also subdivisions/smaller Huddle groups focused on a number of issues of importance in their area. Every division of the group is united and supports the suggested actions of the smaller groups. Visit Womens March.com to learn more.

To connect with the Maryville Huddle chapter visit Facebook, the web, or the local chapter; Email, Maryvilletnhuddle@gmail.com.
Spread the love