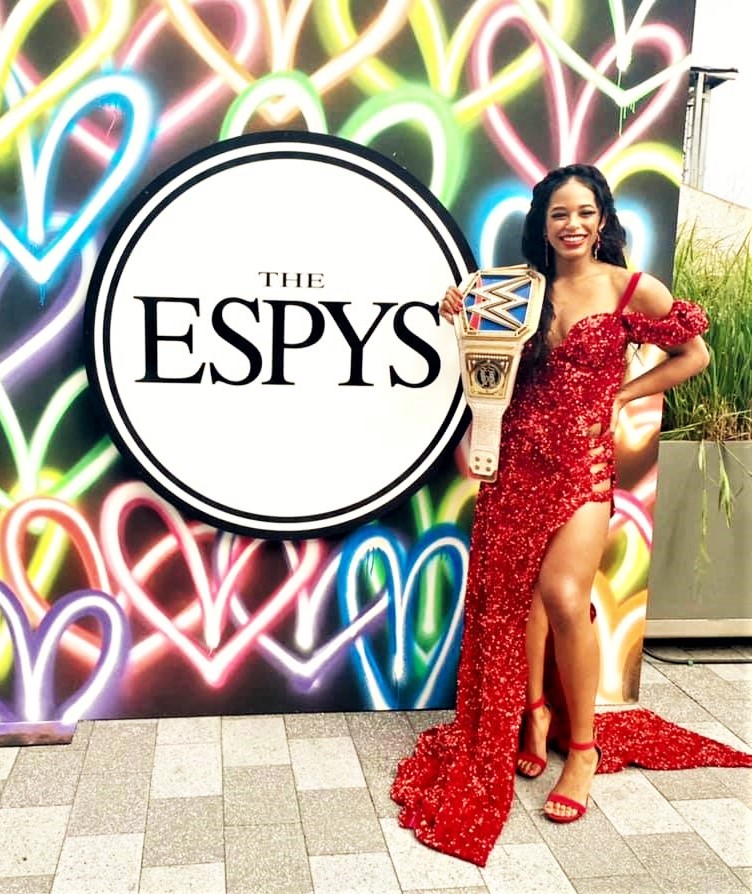 Knoxvillian Bianca Belair is the first African American female to win a Royal Rumble Match and was nominated for holding the longest time in a women’s Rumble Match.(ETEnlightener.com)

Belair, a Knoxville native and Austin-East High School and University of Tennessee graduate, won the WWE 2021 Royal Rumble Match and claimed the SmackDown Women’s Title at WrestleMania 37. She returned to Knoxville last week to visit family and friends and participate in Friday night’s SmackDown event.

The day before, she surprised AEHS students, staff, and administration by appearing at the pep rally for their homecoming game against the Northview Academy Cougars.

“Being from Knoxville has instilled so much pride in me…and I always feel welcome here,” she said.

The Mayor and Belair on Thursday (Sept. 16) sat down for roughly 15 minutes to talk about her journey through college and track (she became All-Sec and All-American); fashion design (she made her own WrestleMania gear and a red carpet dress, among other things), and how she joined the WWE. 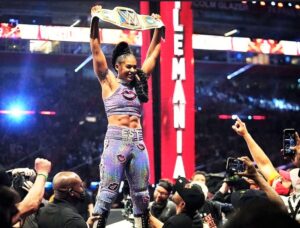 “I was so nervous, but my dad always pops in my head whenever I’m nervous and he always says, ‘It’s ok to be nervous – just don’t be scared,’” she said.

“To anyone out there struggling with anything, all I can say is just try . . . don’t be afraid to try,” she said. “I feel like we live in a culture now where some people make fun of you for trying. Don’t be afraid to fail – because you might fail multiple times – but eventually you will succeed. If someone tells you that you can’t, you just tell them: ‘Says who? Not me! I say I can, so I say I will.’ Go out there and try and don’t be afraid to fail. Just keep trying and trying and starting over every single day.”

SIDEBAR: SmackDown Women’s Champion Bianca Belair and “The Boss” Sasha Banks are now ESPY award winners. In the category of WWE Moment of the Year, their WrestleMania main event match took the prize. The award was fan-voted.
There were four nominees for this award and Belair was nominated twice in the category. Her second nomination was for winning the Royal Rumble and holding the longest time in a women’s Rumble Match.
Both of the women’s nominations made history this year. Belair became the first African American female to win a Royal Rumble Match. As for the main event with Belair and Banks, this was the first time two African American women fought for a title at WrestleMania as well as the main event.
Spread the love