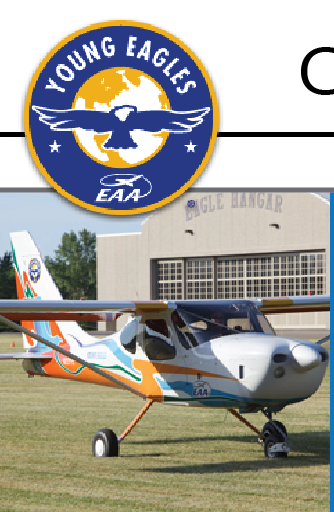 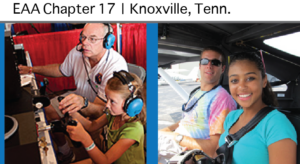 Tuskegee NEXT is sponsoring the “Young Eagles” rally from 8 a.m. until 2 p.m., Saturday, Aug. 28 at Downtown Island Airport in Knoxville. The event will allow 50 young people, age 8 to 17, to take a 30-minute flight with Tuskegee NEXT and EAA pilots. Register here. Lunch will be provided. Masks are recommended but not required.

The grounds will offer interactive exhibits for all ages to see and do include drone demonstration, flight simulator, interactive displays, corporate jets and more. There will also be interactive science, technology, engineering and mathematics (STEM) and aviation-related exhibits.

“I want to do something to help my hometown,” said Steve Davis, founder of the Tuskegee NEXT program. “I want to show young people from Knoxville that they can have an exciting and fulfilling career in the aviation industry.”

Tuskegee NEXT, based in the Chicago area, was founded six years ago by Davis, a Knoxville native who also is the president of GEM Community Development Group, the organization proposing the new multi-use stadium development in Knoxville near downtown.

“Meanwhile, another recent study forecasts that nearly half a million new commercial airline pilots will be needed to fly all the new airplanes entering the world fleet over the next 20 years. Tuskegee NEXT aims to address both of these needs by exposing young people to careers in the aviation industry.”

Tuskegee NEXT is named in honor of the famed Tuskegee Airmen, a group of African American military pilots and airmen who fought in World War II.

“During a time in (history) which many people thought that Blacks lacked intelligence, skill, bravery and patriotism, the Tuskegee Airmen were dedicated, determined young men who enlisted to become America’s first black military airmen,” Davis said. “Their courage of conviction, undeniable talent and love of country allowed them to pave the way for Tuskegee NEXT students.”

The rally will also feature remarks by Davis and Dominique Scott, executive director of Tuskegee NEXT, and representatives of Knoxville, TVA, and KUB.

ABOUT: Tuskegee NEXT Honors the legacy of the Tuskegee Airmen. It is a 501(c)(3) nonprofit purposed to transform the lives of at-risk youth through aviation education and career path opportunities, so they can transform their communities. Visit tuskegeenext.org for more information.