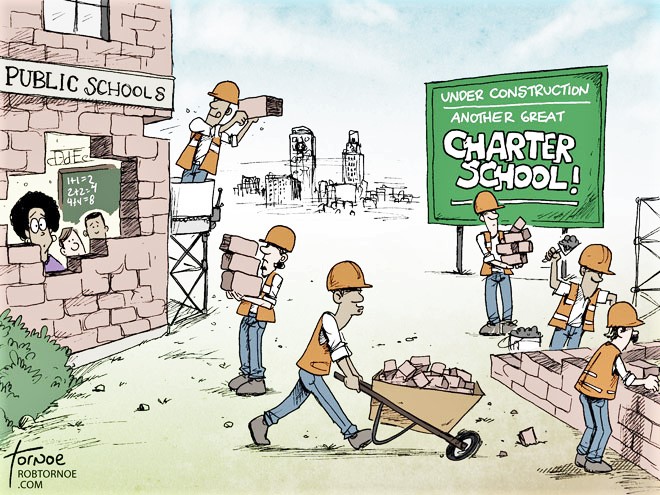 TENNESSEE (Mar 23, 2021) – For years, one faction of Tennessee’s education community has argued that more money is the answer to improving schools, while another has championed giving families more choices through programs like charter schools and vouchers.

Now the first faction is about to get its wish, and the second is watching closely to see how it goes. The stakes are high, both practically and politically.

Tennessee is receiving $4 billion-plus in federal funds for K-12 education through three pandemic recovery packages. That’s more than two-thirds of what the state spends in a single year on its students.

How the one-time money is spent over the next four years — and whether student achievement goes up as a result — will not only affect a generation of students disrupted by the pandemic. Some are setting this up to be a referendum on the perennial debate over whether more funding is key to improving schools.

“If students are still performing at the same level after we spend all this money, then money’s not the issue. It’s leadership,” said House Education Chairman Mark White, referring to Tennessee superintendents and school board members who have broad discretion over where to invest the massive amount of cash.

The Memphis Republican is among the GOP supermajority that, rallied by Republican Gov. Bill Lee, has embraced school choice policies as the route to jump-start academic gains that mostly have stalled in Tennessee since 2013.

Tennessee has chronically under-resourced its public schools via a broken funding system. A fact supported by several educator groups and backed up by reports and research. They have called for major investments to reduce class sizes, boost teacher salaries, and hire more specialists like school-based nurses, counselors, social workers, and academic interventionists. Measures that would boost teacher security, supporting staff, and student counseling.

Currently, Tennessee spends about $6 billion a year on education. While that amount sounds substantial, Tennessee ranks on the bottom, 46th in the nation in lack of per-pupil spending, according to research compiled by the National Education Association.

Under a decade of GOP leadership, the state has upped K-12 funding by $1.5 billion. But the increases haven’t kept pace with inflation, forcing local governments to take up the slack and prompting a legal challenge from school systems in Memphis and Nashville over the adequacy of state funding.

White, the GOP leader from Memphis, believes the stimulus funding will serve as a test in Tennessee. Lawmakers plan to watch closely to see if students improve.

“If the needle has not been moved in two years, don’t come here griping because you’re not using your money wisely,” he said, citing student test scores as the primary measure of success.

Claire Smrekar, associate professor of public policy and education at Vanderbilt University, said it will take at least three to five years to fairly judge the impact of the federal money. Learning gaps, she noted, aren’t the only challenges the pandemic has imposed on students.

“This isn’t the stock market, and children are not machines,” Smrekar said. “Our students are going to need care, including cultivating their health and mental health. This is a process that will require intentionality, thoughtfulness, and a lot of collaboration.”

“I’m looking at 900 different ways to explain this moment to school districts so they understand both the opportunity and gravity of this funding,” Schwinn said.

It’s unclear whether and how much students have fallen behind over the last year. State assessments will be given between April 12 and June 10 to determine where students stand.

But it’s increasingly clear that Lee’s administration expects the additional funding to generate test scores that both recover and raise the bar by spring 2025, especially for the state’s youngest students.

“We’re not going to tell district leaders how to spend the money. But how they choose to spend it and what happens will absolutely have an impact on every conversation we have about school funding moving forward,” Schwinn said. “This is a moment in time to show us.”

Districts will get about $2.2 billion of nearly $2.5 billion coming to Tennessee schools from President Joe Biden’s recent American Rescue Plan. Federal law requires that a fifth of the money pay for programs and resources designed to catch up students from pandemic-related learning lags. The rest is to address other pandemic-related needs that could include technology, student mental health services, and school building improvements to reduce risk of virus transmission, among other things.

Many district leaders are still figuring out how to spend the second pot of money, which totals $1.1 billion in Tennessee, much less the much larger third pot. But the clock is already ticking. By law, they must spend or obligate the funds by September 2024.

Beyond launching required learning recovery programs, Montgomery County Superintendent Millard House has his eye on long-neglected buildings in his school system along the Tennessee-Kentucky border. “This is an opportunity to address deferred maintenance and air-quality issues that have been skipped over for years,” he said.

“I think it’s important to remember that this is money sent to us for relief and recovery. It’s to help our children, our school systems, recover from COVID-19,” Lynch said.

School systems must report expenses to the state education department to get reimbursed with the federal funds.

To elevate accountability on the third round of money, Schwinn wants local leaders to submit monthly reports to her department beginning July 1 — and to publicly post spending plan summaries to help parents, students, and educators understand where the money is going.

“We’re also strongly, strongly recommending that districts spend 1% of their funding on staffing to monitor the spending. This is not the kind of work that can be placed on existing staff,” Schwinn said.

Smrekar, with Vanderbilt University, believes the historic infusion of cash should transcend politics to improve and innovate public education. It doesn’t have to be a referendum, she said.

“This is not a contest. It’s a clarion call to come together,” Smrekar said. “The decisions that are made today and implemented tomorrow will become part of the historical legacy of this pandemic.”