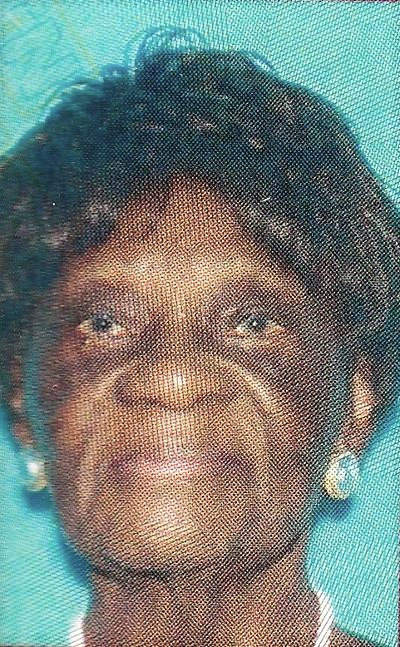 Flossie Jane Jackson was born on the seventeenth day of May 1927 to Nettie and Jerry Newton in Prentiss Mississippi. Flossie was affectionately known as “Fiffie” by family and close friends. Flossie was the youngest of thirteen children often referred to as “the last pea in the pod” by her siblings.

Her siblings preceded her in death, leaving her to truly be the last pea. Flossie accepted Christ at an early age in Mississippi. Flossie was a hard worker and believed in paving her own way in life. She met and married Bernard Banks. To this union, Frank L. Newton-Banks was born. After moving to New York, this union was dissolved. She later met and married her soul mate Hugo W. Jackson and his six children were added to her family. After living in New York for many years they decided to move to Maywood Illinois to be closer to her family.

When living in Maywood Flossie was employed at Loyola University Hospital for numerous years. Flossie later worked at Mullen’s Food Plant in Broadview, Illinois from which she retired. After retirement, Flossie and Hugo moved to St. Croix US Virgin Islands, where they lived until Hugo’s death. Flossie loved and was a friend to all the people she met. Flossie’s favorite past times were dancing, eating and watching her favorite television shows. She had a big heart and was loved by all.