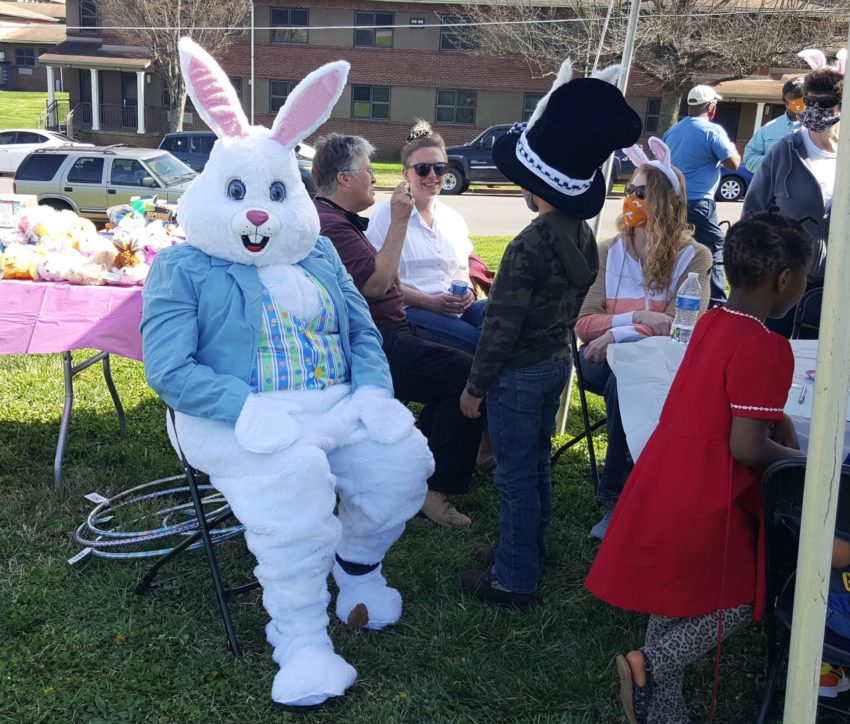 The week of the event was one of torrential rain and thunderstorms except for that Friday, March 26th. The clouds parted and the storms ceased. The weather was perfect for a much-needed day outside.

“We go where God is working,: said Timothy Boone, First Baptist Missions Pastor. He described the church as being in the center of the city with the Savior. Brent McDougal is Senior Pastor.

“I wanted to get there early so she could have some fun,” said Hattie Blair of her 8-year old granddaughter, Allanah Cullom. “It’s something they have not been able to do.” Blair picked her up from school an hour early to attend the event. Not only did Allanah have fun, but she also found a golden egg that rewarded her with the grand prize of a bicycle.

Tameka Elmore brought her daughters Christasia Bovian and Tanasia Dean, students at Maynard Elementary School. Tanasia found a golden egg and will be gifted with a bicycle.

Residents could participate in planning the future transformation of the Western Heights housing complex. The “Transforming Western” project is in the community engagement stage. To facilitate the effort residents can get a free tablet to complete a survey and submit suggestions.

“Who better to ask than the people that live there,” said Ben Bentley, KCDC CEO. “We want to know what’s good, what’s not working, and what they would like to see.” 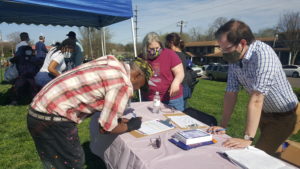 KCDC wants to engage 100% of Western Heights’ residents in the planning process currently underway. Tablets programmed with a survey are being distributed to all Western Heights residents to complete and to offer suggestions and input into the future of the community. Once input requests are completed, the tablet is yours to keep!

To request a free tablet: Only residents of the Western Heights community can get a tablet by contacting KCDC director of policy and strategic partnerships Marisa Moazen at 865-403-1147 ext. 1150; or by email at info@kcdc.org.