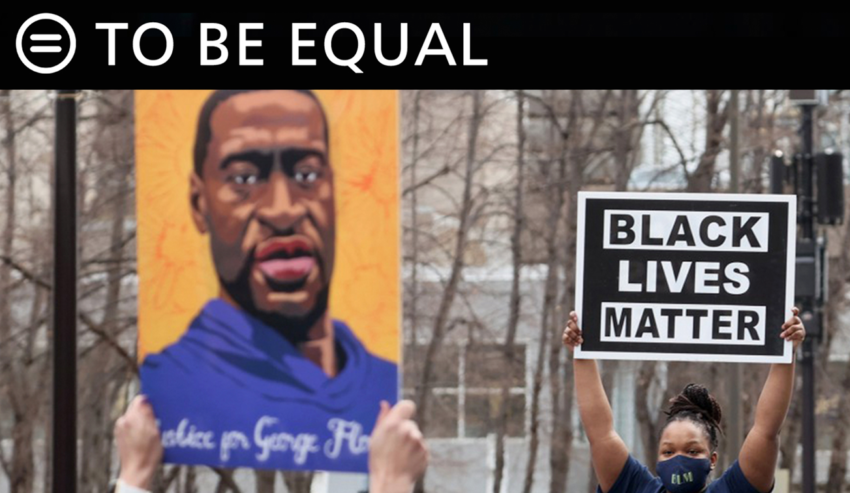 “Today, we feel a sigh of relief.  Still, it cannot take away the pain.  A measure of justice isn’t the same as equal justice.  This verdict brings us a step closer.  And, the fact is, we still have work to do. We still must reform the system.  Last summer, together with Senator Cory Booker and Representative Karen Bass, I introduced the George Floyd Justice in Policing Act.  This bill would hold law enforcement accountable and help build trust between law enforcement and our communities.  This bill is part of George Floyd’s legacy.” – Vice President Kamala Harris

Opinion from the National Urban League

NATIONAL (April 23, 2021) – I stood alongside the family and friends of George Floyd in Minneapolis on Tuesday, waiting to hear the verdict in Derek Chauvin’s murder trial, I felt a combination of hope and dread.

Despite clear and compelling video evidence, despite the unambiguous testimony of experienced law enforcement and medical experts, and despite the exemplary work of Minnesota Attorney General Keith Ellison’s prosecution team, the devastating possibility of an acquittal still loomed.

In the years since the acquittal of Trayvon Martin’s murderer gave rise to the Black Lives Matter movement, thousands of Americans have died at the hands of police. Black people are six times more likely to be killed. Only a tiny fraction of these killings have been prosecuted as crimes, and a scant handful – only 44, out of thousands of killings — have resulted in convictions.

Two days after the Chauvin verdict, I stood with the family of Duante Wright as they faced the unimaginable pain of laying to rest a son, a brother, a father, and a friend, at just 20 years old. In the space of those two days, police shot and killed 16-Year-Old Ma’Khia Bryant in Columbus, Ohio and 42-year-old Andrew Brown Jr., in Elizabeth City, North Carolina. Details of those shootings still were being investigated as Duante was laid to rest.

As much as the conviction of Derek Chauvin gave us hope that we have reached a turning point in the movement to end racially motivated police violence, the deaths of Duante Wright, Ma’Khia Bryant, Andrew Brown, Jr.,  – and countless others – show us how much work remains to make that hope a reality.

In testimony before the House Judiciary Committee after the George Floyd Justice in Policing Act was introduced last year, I challenged Congress to deciding whether it was facing a “1922 moment” or a “1965 moment.”  In other words, would the nation squander an opportunity to stand against white supremacist terrorism, as it did in 1922 when the Senate filibustered a House-passed anti-lynching act? Or would it act with courage and integrity, as it did in 1965 with the enactment of the Voting Rights Act?

The conviction of Derek Chauvin has heightened the urgency of that decision.

Will this rare moment of accountability stand as an aberration – a high-water mark – in the ongoing history of racially-motivated police violence? Or will it mark a turning point?

If we expect the conviction of Derek Chauvin to stand as a “1965 moment,” Congress must pass the George Floyd Justice in Policing Act. The nation must make an unequivocal declaration that no person under color of law can act unilaterally as the cop, judge, jury, and executioner, and eradicate the last legal vestige of lynching.

But federal legislation alone is not a panacea. Public safety must be redefined on a state, county, city, neighborhood, and individual level.

In the coming days, the National Urban League will release a comprehensive framework for criminal justice advocacy that takes a holistic approach to public safety, the restoration of trust between communities and law enforcement, and a path forward for meaningful change.

While themes of our plan are reflected in the George Floyd Justice in Policing Act, they also serve as a blueprint for states such as Maryland, which overrode Governor Larry Hogan’s veto to enact sweeping reforms that limit police officers’ use of force, restrict the use of no-knock warrants, and repeal the nation’s first Bill of Rights for law enforcement.

They are a blueprint for cities like Washington D.C., whose Police Reform Panel recently recommended dramatic changes including shrinking the size of the city’s Metropolitan Police Department, reducing police presence in schools the use of behavioral health care professionals for certain crises.

Most importantly, they reflect a new way for Americans to think about the protection and preservation of life, dignity, and trust, while also building safer communities.

Derek Chauvin’s conviction was a rare and profound moment of accountability for racially-motivated police violence, but we cannot call it justice. It is not a moment to celebrate. Rather, it is a time for somber remembrance of  George Floyd, Daunte Wright, and all the lives of those lost to unjustified police violence. It is a time to rededicate ourselves to building a community of trust that keeps all Americans safe.

ABOUT: Knoxville Area Urban League is located at 1514 E. Fifth Avenue, Knoxville, TN 37917. Director Phyllis Nichols can be reached at pynichols@thekaul.org; or call 865-524-5511. To know the services offered and connect with staff members, visit the website here thekaul.org.