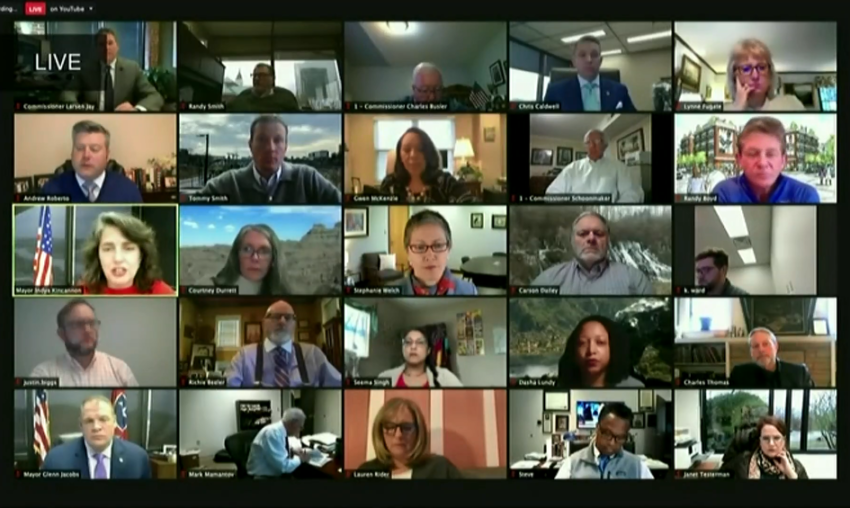 The following open letter was delivered to the named recipients on Thursday, February 4, 2021, the day of the regularly scheduled City Council meeting when the matter was on the agenda. Prior to the meeting, there was a release stating that ‘no public comments’ would be allowed, which restricted public/citizen input.

The organizations signed below are concerned over the significant financial public funds that will be given to a private entity without a long-term, outlined/documented commitment to benefit the city of Knoxville and a majority of its citizens.

The Feb. 4, 2021 meeting was the first joint work session of the Knoxville City Council and the Knox County Commission. It can be viewed here on the WVLT8 page here.

We, the undersigned organizations, propose that more time be given to allow the community to be involved in further discussions surrounding the baseball stadium project. Our organizations include residents from the surrounding neighborhoods, labor unions, community groups, business owners, and non-profits. Open, public discussion about the Sports Authority would benefit from the inclusion of our members and the public at large.

We hereby formally request that the Sports Authority include representatives from our organizations.

We request transparency and public accountability during the negotiations of this proposed project. Our respective memberships, which include a wide variety of individuals with many unique interests and skills, represent many voices concerned about the public interests in this project. We have the knowledge and expertise to discuss and bring important perspectives to this public decision. Our inclusion will allow this discussion to occur in a way that protects the various stakeholders and their respective interests. Our input is vital to the success of any proposed baseball stadium.

Thank you for your time. We, the undersigned look forward to your response,