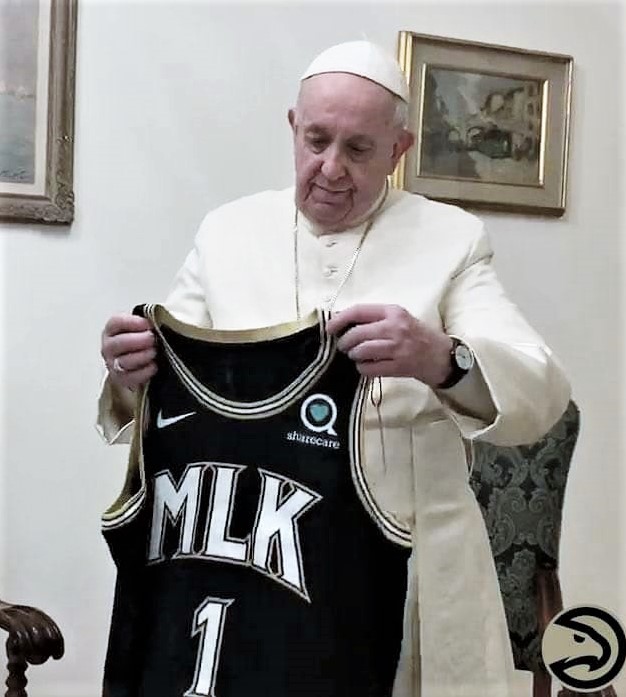 Pope Francis blessed the Martin Luther King, Jr. jersey he was gifted by the NBA Atlanta Hawks in celebration of what would have King's 92nd birthday.

In November 2020, five NBA players were part of a delegation that sat down with Pope Francis at the Vatican to talk social justice. The NBPA said the players spoke about their “individual and collective efforts addressing social and economic injustice and inequality occurring in their communities.”

Last fall, Atlanta unveiled a jersey that honors civil rights icon Martin Luther King Jr. This will be the first time the initials of an individual will be featured prominently on the chest of an official NBA game uniform.

The Atlanta Hawks gifted Pope Francis with a special delivery of the ‘City Edition’ the Martin Luther King, Jr. jersey that the Pontiff blessed and signed for what would have been Dr. Martin Luther King Jr’s 92nd birthday, Friday, January 15th.

A video of Pope Francis blessing and signing the jersey can be viewed here.

The Hawks will debut the threads on MLK Day against the Timberwolves on NBA TV at 2:30 ET, along with a revamped court emblazoned with MLK on the sidelines.

Profits from sales of the jersey will go directly to support the Atlanta community.