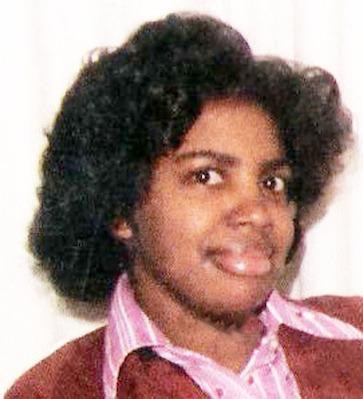 Francene Hester Woods was born and raised in Atlanta, GA August 31, 1951 to Obadiah and Mary Hester. She was the seventh born of eight siblings, reared up at a time when having a job meant you, more than likely, also had a uniform and a bus pass; when playing music in the house required a turntable or floor model record player. She often referred to her hometown as being “knee-deep in negroes” because everyone from the pastor, the teachers, the principals, the bus drivers, the police officers, the postman up to the mayor — were all black.

So, her concept of the vastness of what African Americans could be or do in this country wasn’t just a perception but a reality inherent and natural as breathing. She lived with pride in herself and her people that was truly free of malice, which allowed her to access a level of positivity, humor, and joy that carried on throughout her years in life.

An avid learner, she went through school as a ‘straight-A’ student until college, where she received her first and only ‘B’ from a professor at Fort Valley who was notorious for NEVER giving anyone a grade higher. Like most of her friends and the women in her family, she went on to pursue a career in teaching. By 1975 she had left Georgia to teach 5th Grade at Pepperell Elementary School in Opelika, Alabama; where she eventually met the love of her life; a strapping young man named Joe Horace Woods, who was a soldier in The United States Army. Not long after their initial meeting, he had to return to his station in Nunburg, Germany, but they managed to stay in touch writing letters to each other back and forth, until deciding to get married a year later on December 26, 1976.

Four years later, they had their first son, Joseph Jermaine Woods in 1980; the following year they had their second son, Phillip Jamaal Woods. This small family moved to Knoxville, TN in the early ’80s; and it was here that she made a serious impact with the school system as well as the Park City / Burlington community as a teacher truly involved with seeing growth in herself, her family, her peers, and her students.

She went on to teach at Job Corps with adult learners, then to Sarah Moore Green, where she fell in love with the minds of 2nd graders. While at Sarah Moore Green she started their annual carnival with the help of the PTA, moved on to teach at Cedar Bluff Elementary. By 1997, ailments from a form of lupus caused her to retire early; into patienthood with grace and poise. Anyone that knew her knew she had joy and light in her heart and soul until her final moment Dec. 26, 2020, which was the 44th Anniversary of her marriage with Joe H. Woods.

She is survived by her loving husband Joe H. Woods, two sons Joseph Jermaine and Phillip Jamaal Woods; granddaughter, Michaela Woods; daughter-in-law, Shannett Woods; niece Pamela Coman; nephews, Frankie Ramon Bolden (Money) and Rodrick Darnell Bolden (Rick) and an extremely long line of Hesters who love her dearly. She left this world a blessed and highly favored child of God, a joyful soul, a faithful wife, an amazing mother, and a purpose well served as a teacher of teachers. Rest in Power Francene H. Woods your deeds are done on this Earth.

Final arrangements by JARNIGAN &SON MORTUARY. Services are live-streamed and recorded on Facebook.