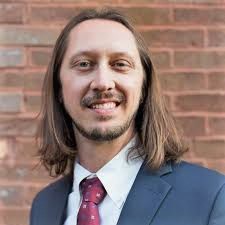 (January 7, 2021) – “The insurrection and attempted coup through the storming of the United States Capitol building (Wednesday, Jan. 7) would be viewed on the nightly news as the thing of despotic, far-off countries most folks couldn’t place on a map. That is not the case today. In our nation’s capital, radical, alt-right, domestic terrorists have taken to the Capitol because they have been inflamed and encouraged to do this by GOP leadership.

Our own East Tennessee federal delegation, Senators Blackburn and Hagerty and Representative Burchett have willfully and knowingly given life to their anti-Constitutional rhetoric in media and social media, which is directly correlated with today’s seditious and anti-democratic acts. Just last week, Rep. Burchett took to Twitter to call someone a “lizard person,” a blatant Q’Anon reference. Giving credence to fringe groups by elected officials has brought us to today.

There is blood on many hands and the responsibility falls close to home, too. Even more shamefully, our local state Senator Swann and state Representative Moon signed onto a letter in November to question the election, which runs counter to the very oath of the laws and office they pledge to uphold.

During this global pandemic, elected leaders up and down the ballot have turned their back on Americans to support anti-scientific ideas and anti-American values. The Blount County Democratic Party does not condone the actions in Washington, D.C. today, nor the inaction and anti-American actions that have brought us to this point today. May justice be swift and prevail.

Click here, to connect with the Blount County Democratic Party.

Contact your state and federal elected officials for accountability and to learn if they support the Constitution and their voting constituents. Call, to encourage them to support and uphold Democracy and the impeachment and removal of President Trump.

(To express your comments contact the writer. The opinions expressed are those of the writer, and do not always represent the position of the ETE.)