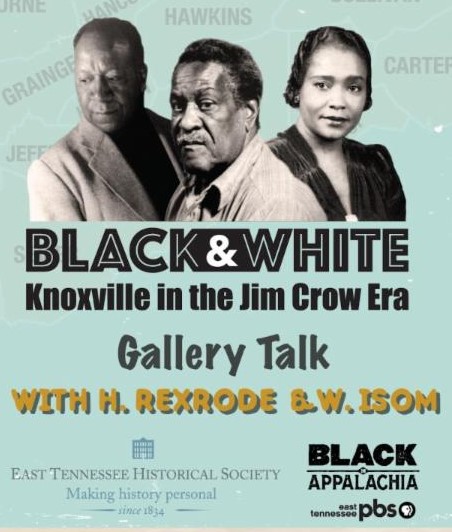 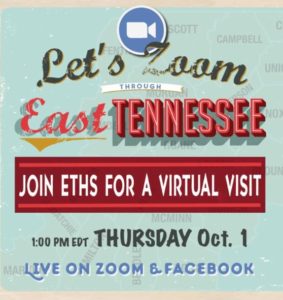 The Museum of East Tennessee History’s feature exhibit Black & White: Knoxville in the Jim Crow Era, led by William Isom and Hannah Rexrode. Thursday’s program will offer a “virtual sneak peek” of the exhibition, which is currently open to the public.
Knoxville occupies a unique place in the American South. Following the Civil War, residents felt it was one of the few racially tolerant cities in the region. Despite Jim Crow laws and segregation that dictated much of the interaction between black and white citizens, African-American artists carved out a place for themselves in Knoxville. This exhibit explores what life was like for African-Americans in Knoxville during the Jim Crow era.
The exhibition also provides historical context to the lives of local African American artists Beauford Delaney, Joseph Delaney, and Ruth Cobb Brice and seeks to answer what influence the city had on the early lives of these artists and whether they could succeed without leaving home.
The exhibition includes 66 artifacts, which highlight the history of race relations, as well as African American art and the art community in Knoxville following the Civil War. Several videos are featured including Knoxville’s Red Summer: The Riot of 1919 and Beauford Delaney, both courtesy of East Tennessee PBS and Black in Appalachia, and The Civil Rights Movement in Knoxville, courtesy of the Tennessee Archive of Moving Image and Sound. A variety of artwork by the highlighted artists is also on display.
The East Tennessee Historical Society developed the exhibition alongside guest curator Robert J. Booker and research assistance provided by the staff of the Calvin M. McClung Historical Collection, Knox County Public Library.
William Isom II is the Director of Community Outreach for East Tennessee PBS and the director of Black in Appalachia, an initiative working to highlight the history of African Americans in the development of our region and its culture. He coordinates the project’s research, community database development, documentary film and photography production, an oral history collection, and educational events with residents.
Hannah Rexrode is the Education and Volunteer Programs Manager for the East Tennessee Historical Society. She received her B.A. in Africana Studies and English from the University of Tennessee at Knoxville and previously served as a member of the education departments at Belle Meade Plantation and Historic Travellers Rest in Nashville. An experienced interpreter and living historian, Hannah is also a Certified Interpretive Guide (CIG) through the National Association for Interpretation
The visit is on Thursday, October 1, at 1 p.m. EDT. Join via Zoom or watch live on Facebook. To receive an invitation to the interactive Zoom session, please email eths@eastTNhistory.org by Thursday, October 1, at 9 a.m. EDT.
Spread the love