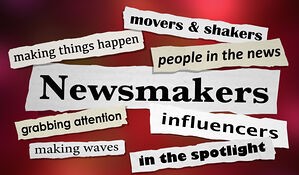 The Phyllis Wheatley branch was established in 1920 when African-American women could not use the Downtown Knoxville YWCA. It was a safe place where young African-American women received guidance, and taught marketable skills. It became a dormitory/temporary housing, gymnasium, learning, and gathering place for women of color. The mission has evolved over its’ 100 years to include programs for all young men and women.

Tanisha Baker has been chosen by the State Collaborative on Reforming Education (SCORE) to participate in the 2020-2021 cohort of the Complete Tennessee Leadership Institute (CTLI). Baker is one of only 30 participants selected from the state of Tennessee. Baker was also recently promoted to Director of Program and Analytics for Project GRAD Knoxville.

Over the coming year, Baker and the others in the group will work together to identify barriers to postsecondary education in Tennessee and advocate within their communities to drive systemic change.

Carmon is a 20-year veteran of poetry slams and performance stages, under the stage name of RheaSunshine. She is the founder and Executive Director of The 5th Woman Cohort, a poetry and performance group, and is on the Writer’s Guild Board of Directors.

Carmon succeeds poet laureate Dr. Marilyn Kallet. According to Kallet, Rhea is a poetry presence, a truth-teller and a singer that has met and overcome many obstacles. She has the character and the art to make the best of this difficult time, through poetry.

The City of Knoxville Poet Laureate Program aims to extend and build on the city’s cultural heritage, by recognizing and supporting resident poets of exceptional talent and accomplishment. Each Poet Laureate serves a two year term, during which she or he serves as a public voice of Knoxville, creating city-specific works and participating in literary outreach and education. For more details about the Poet Laureate Program, visit  knoxvilletn.gov/poet.

Kathy Mack is the new  Community Engagement Manager for the City of Knoxville for Mayor Indya Kincannon’s administration. Mack will be responsible to address the immediate needs of at-risk youth, in partnership with youth serving organizations to address systematic shortcomings. Mack has been employed by YWCA Knoxville since 2012. Most recently she was director of the Phyllis Wheatley YWCA in East Knoxville. Mack studied Psychology/Health at UT-Knoxville, and is a graduate Central High School.

Darris Upton joins Project GRAD Knoxville Advisory Board. Project GRAD Knoxville executive director Ronni Chandler credits Upton’s leadership in the development of the new GRAD/IACMI Advanced Manufacturing Summer Institute, as well as being the catalyst for creating more than 10 different GRAD Hands on the Future summer internship placements with the County. The new Advanced Manufacturing Summer Institute will launch next summer after being postponed this year due to COVID-19. Learn more about Project GRAD here.

Upton is Knox County’s first diversity development manager, a position created by Knox County Mayor Glenn Jacobs. In this capacity, Upton works to help Knox County be more inclusive in its’ purchasing and personnel and to build better relationships between underrepresented communities and the Knox County Mayor’s Office. Upton also works with private sector companies as they seek to build diversity and inclusion in their organizations. In addition to serving on Project GRAD Knoxville’s board of advisors, Upton also serves on the boards of Centro Hispano and the Muse.

Upton is a decorated veteran, serving over a decade in the United States Navy. Upon returning home to East Tennessee, he earned his undergraduate and graduate degrees from the University of Tennessee College of Social Work. He is also an alumni of Pellissippi State Community College.

To acknowledge movers and shakers in, from, or affiliated with the East Tennessee area, please share the good news. Submit photo and email to info@etelight.com.