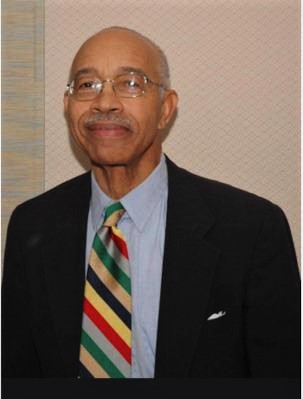 KNOXVILLE, TN – A devoted and loving father, grandfather, brother, uncle, and friend, William (“Mac”) McCloud, Jr peacefully transitioned from this life on July 20, 2020, in Knoxville, Tennessee. His final days were in hospice care at the home of his son, which blessed the family to spend time with him there. Mac was born on November 17, 1933, in Union Springs, Alabama, the only child born to the union of William McCloud, Sr, and Marguerite McCloud-Daniels.

At an early age, his family relocated to Columbus, Georgia, where he received his early childhood education, later graduating from William Henry Spencer High School in 1953. He was saved as a young child, and he grew up in the Friendship Baptist Church, Columbus, GA.

He enlisted in the United States Army as a Field Artillery soldier for four years and was honorably discharged early after he was accepted to attend Tennessee State University (TSU), Nashville, TN. He was initiated in Omega Psi Phi Fraternity in 1958 at Rho Psi Chapter and obtained a bachelor’s degree in 1961. He was also an active member of Omega Psi Phi in Knoxville, TN.

He was employed as a Civil Service employee in the Department of Housing and Urban Development, Knoxville, TN retiring after over 30 years of devoted service.

He was an avid walker, walking over 6 miles daily, and he also loved being a landlord of his rental properties for many years.

Mr. McCloud will lie in state at Unity Mortuary on Sunday, July 26, 2020 from 1-5 p.m. There will be a Graveside Service on Monday, July 27, 2020 at the TN State Veterans Cemetery (Lyons View) at 11:30 with Rev. Leroy Franklin officiating. Arrangements made with integrity by Unity Mortuary.