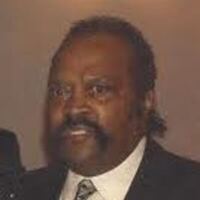 On Tuesday, July 14, 2020 the Lord found fit to call Jarrett Calvin Dean home to Glory. He parted this life at his home in Oak Ridge TN with his beloved wife, Sherina Dean, of 22 years at his side.

He was born on February 22, 1945 in Alcoa TN to Barbara Jean and William H. Dean Sr. where he was the second child
of seven children. He attended Charles M. Hall High School where he graduated Salutatorian and he continued his
education at Tennessee State University.

He was preceded in death by his parents Barbara and William H. Dean Sr, his sister Wilma Dean, and brother Gary Dean. He leaves to cherish his memory his wife Sherina Dean, sons Shaun Pettigrew and Donald Johnson, daughter Kimberly Derly, nine grandchildren, and one great-grandchild. Also surviving are brothers William (Muriel) Dean and Milton (Deborah) Dean, Sr. and sisters Deborah Teeter and
Beverly Dean along with a host of nieces and nephews and special friend, his brother-in-law Jackie Gholson.