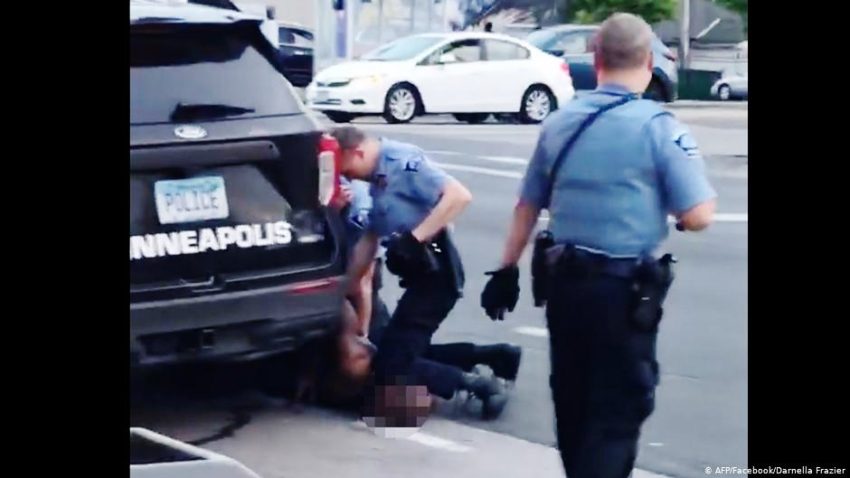 Knoxville, TN (June 2020) – His mother died years ago, but in his last breaths, pleas in desperation, George Floyd cried out to his Moma. How much submission, surrender, and desperation is needed for a police officer to feel safe.

In total submission, he pleaded “officer, officer please, I can’t breathe. Please.” Before calling out for his “Moma.” A cry that pierced the hearts of mothers all over the world.

He was never a threat and humbly submitted to his demise. George had no idea why he was being accosted nor did he have an opportunity to recognize his former coworker.

George was unaware that the $20 bill he exchanged at Cup Store for goods may have been counterfeit. If he did, he could have been long gone before the police arrived. Geoge was still onsite sitting comfortably in his Mercedes SUV with a friend when police arrived, drug him from his car, handcuffed him, without telling him why. Despite the actions of the officers, he was compliant.

No one gave him a heads-up or forewarned him of what was to come. If he knew, he wouldn’t have been still sitting there. Common sense dictates that if you are doing something wrong, you don’t hang around, you hightail it out of there.

From his car, George humbly obeyed and was slaughtered without knowing why. The officers never told him the reason for their approach, just took him from his car, handcuffed him, sat him on the sidewalk, never placed him under arrest, or read Miranda rights.

He could have been placed in the cruiser from the sidewalk side. There was no reason for the officers to lead Floyd to the street side of the cruiser, out of the spectators.

The next visual was recorded by a teenager. It was of a previously handcuffed Floyd laying face down on the ground with four officers pressing the force from their bodies on his back, legs and neck. All the while yelling (for the record) “stop resisting, stop resisting” that within itself was a cover; he never did.

In handcuffs, following the lead of the officers, Floyd never resisted. After being thrown to the ground then feeling the force of four men putting pressure all over his body, his legs, abdomen, back, and neck, of course he wriggled. That wasn’t resistance, but discomfort and confusion of what and why this was happening to him because they never told him, which appears to be another tactic used to confuse and escalate a victim’s actions.

They didn’t know the world was watching them murder George Floyd.

His cries pierced the hearts of mothers, oppressed peoples, and human-kind all over the world. A person with a badge repositioned his knee several times to apply more pressure on the neck of George Floyd, while comfortably holding his hand in his pocket and looking to his partner for protection from those pleading for George Floyd’s life.

I’m sure I’m not alone in noticing that shortly after a woman cried out, “he’s bleeding from his nose,” to which the officer smirked. He was dead. Evidenced by the stream of fluids flowing from his body down the sidewalk. It’s common when your dies. Your organs relax, shutdown, no longer functioning. George Floyd was dead as the officer continued to maintain the pressure of his knee on his neck and his hand in his pocket with a smirk on his face full well knowing that George was dead. If he didn’t see it, he certainly could feel it from his knee.

After the ambulance arrived, several officers assist in loading Floyd’s lifeless body on the gurney. One made an attempt to support Floyd’s head, as in an effort to camouflage the fact that George was no longer in his physical body. He was with his mother who may have been attempting to comfort him through his earthly transition.

Is that all it takes for trained policemen to feel threatened. The bar to qualify for law enforcement needs to be reviewed and raised. The bar is too low.