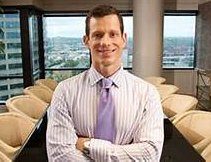 James Mackler is on the ballot for TN Senator to replace retiring lifelong politician, Republican Senator Lamar Alexander who has held the position since 2003.

Mackler is a fighter for his family, his state, and his countrymen. After the 9/11/2001 attack on American ground, Mackler left his law practice and enlisted in the armed forces in defense of his country. He served as an Army fighter pilot during the Iraqi war conflict.

Mackler made his pitch in the political field for U.S. Senator in 2018 after former Tennessee Republican Senator Bob Corker vacated the seat he had occupied for 12 years (2007-2019).

The National Democratic party did as it has previously done, went into its archives for a candidate, and bypassed Mackler. This time Phil Bredesen was resurrected only to lose an important seat to an active Republican seatholder – Marsha Blackburn.

Nashville Atty. James Mackler is a team player. He became an Army fighter pilot after 9/11, and values the importance of all members of a team.

Mackler bowed out of the 2018 Senatorial race to support the choice of the party he represents – who lost to Republican Marsha Blackburn.

Mackler has not given up on the betterment of the quality of life for ‘all’ Tennesseans and the country from within; from the State House and the White House.

Just as what appeared to be the National Democratic party’s promising 2016 nominee for president (who lost), Mackler succumbed to the national party’s choice from the archives; who also lost.

Apparently, the National Democratic party learned no lessons over the years from choosing the party’s choice over the people’s choice. As a result, here we are. Trump supported by legislators sent from Tennessee; Blackburn and Burchett.

Mackler has served his country, and his political party honorably. He deserves the zeal and support from the national party as has been given to the party’s selected contenders.

His time is NOW!