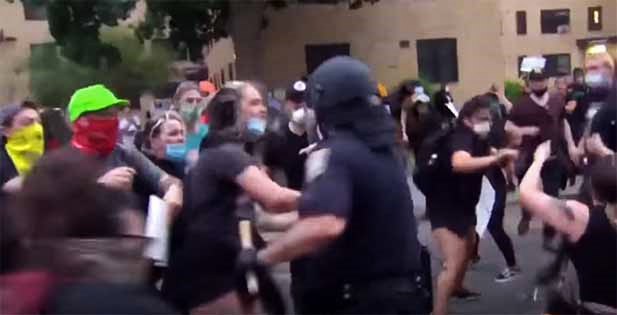 Minneapolis, MN (June 2, 2020)— Amidst the peaceful protesting over the killing of George Floyd, CBS News and Fox 9 have confirmed that most of the rioters and violent protesters in Minneapolis are linked to white supremacist groups.

According to the Department of Safety Commissioner John Harrington, most of the arrests are in fact linked to white nationalist groups that encourage members online to take advantage of the protests to make chaos. Attorney General William Barr made similar remarks.

Melvin Carter, the mayor of St. Paul, said that many rioters who were arrested were from out of the state. He agreed that “there’s a group of folks that are sad and mourning.” However, he added, “There seems to be another group that is using Mr. Floyd’s death as a cover to create havoc.”

According to CourtHouseNews.com, even Minnesota Governor Tim Walz suspects that white supremacist groups and drug cartels are carrying out some of the violence in Minneapolis. “Our great cities of Minneapolis and St. Paul are under assault by people who do not share our values, who do not value life and the work that went into this and are certainly not here to honor George Floyd,” he said in a press conference. “They need to see today that that line will stop and order needs to be restored.”

Minneapolis Mayor Jacob Frey shared the same sentiments. He commented, “The people that are doing this are not Minneapolis residents. They are coming largely from outside the city outside the region to prey on everything we have built.”