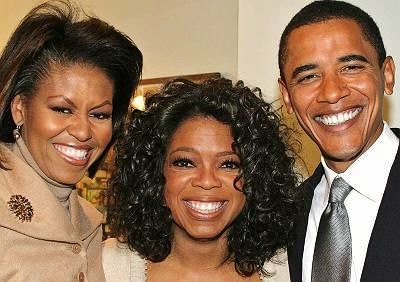 Former President Barack Obama will celebrate graduates in 3 virtual events. An HBCU edition “Show Me Your Walk” on May 16, and that evening he will deliver the main address at “Graduate Together: High School Class of 2020 Commencement.”  A YouTube event “Dear Class of 2020” on June 6, with former 1st lady Michelle Obama and entertainers of note participating.

“Even if we can’t get together in person this year, Michelle and I are excited to celebrate the nationwide Class of 2020,” the former president said in announcing his commencement schedule.

Nationwide, (May 12, 2020) – Former President Barack Obama will celebrate the class of 2020 in at least three events in May and June. (Credit…Zach Gibson/The New York Times)

Graduating seniors across the United States who are missing traditional commencement events because of the coronavirus pandemic have had stars step up to fill the void.

Oprah Winfrey announced that she will address seniors; the very next day, LeBron James said he was organizing a prime-time special for graduates. Now, former President Barack Obama has announced that he too will celebrate graduating seniors in at least three events.

The Oprah special will air on Saturday, May 16 on ABC, CBS, FOX and NBC and on social media. Her commencement speech will broadcast at 2 p.m. Eastern, and 11 a.m. Pacific times. Confirmed celebrities include Cardi B, Kristen Bell, Selena Gomez and more, joining previously announced Oprah Winfrey, Awkwafina, Jennifer Garner, Lil Nas X and Simone Biles. It will be accessible the day before, on Facebook and Instagram, which are part of the same social media company.

Also on May 16, Obama will host “Show Me Your Walk, HBCU Edition,” an event for historically black colleges and universities. Later that evening, he will deliver a virtual commencement address for “Graduate Together: America Honors the High School Class of 2020.” It’s hosted by the education advocacy group XQ Institute, The LeBron James Family Foundation and The Entertainment Industry Foundation.

Obama will reflect on the COVID-19 pandemic’s disruption of school life, especially for seniors who have missed out on their milestone rites of passage.

On June 6th, Obama will host a virtual celebration and party on YouTube “Dear Class of 2020.”  The former president will be joined by his wife, former 1st lady Michele, and a star-studded cast of entertainers that include the K-pop group, BTS, Lady Gaga,  and others.  Alicia Keys, Chloe x Halle and Kelly Rowland will also make appearances on June 6 YouTube celebration.

“I’ve always loved joining commencements — the culmination of years of hard work and sacrifice,” Mr. Obama said on Twitter. “Even if we can’t get together in person this year, Michelle and I are excited to celebrate the nationwide Class of 2020 and recognize this milestone with you and your loved ones.”

“Whether you’re graduating from high school, college, or any other kind of school — we want you, your family, and all of your loved ones to be a part of this celebration,” Mrs. Obama said on Twitter.

The event is “Graduate Together: America Honors the High School Class of 2020” is hosted by the education advocacy group XQ Institute, The LeBron James Family Foundation and The Entertainment Industry Foundation.

Obama will reflect on the COVID-19 pandemic’s disruption of school life, especially for seniors who have missed out on their milestone rites of passage.

“This high school graduation season will be anything but ordinary — but that’s all the more reason why the Class of 2020 deserves extraordinary advice, heartfelt encouragement, and hard-won wisdom about facing new challenges in an uncertain world,” Russlynn Ali, CEO and co-founder of XQ Institute, said in a statement. “We are grateful to President Obama for giving this gift to our nation’s three million high school seniors as they #GraduateTogether,” he added.

While it was not immediately clear how former President Obama ultimately got involved in the graduation events, a social media campaign started by a high school senior in Southern California has been trying for weeks to recruit him to give a national commencement address.

“Like most high school/college seniors, I’m saddened by the loss of milestone events, prom & graduation,” the student, Lincoln Debenham, 17, of Eagle Rock High School, said in an April 14 post.  “In an unprecedented time, it would give us great comfort to hear your voice. We ask you to consider giving a national commencement speech to the class of 2020.”

“Seeing President Obama’s endorsement of Vice President Biden for president, reminded me all day what a great speaker he always was and how his words shaped my generation in many ways. I figured, Who better than him?” said Debenham, who plans to attend California State University, Los Angeles, in the fall to study political science.

Debenham said that he hadn’t personally heard from Mr. Obama, but he plans to watch all three of his appearances. “It’s wild! I did expect him to do it regardless of whether I did that tweet or not. I’m still extremely excited about it,” said Debenham.