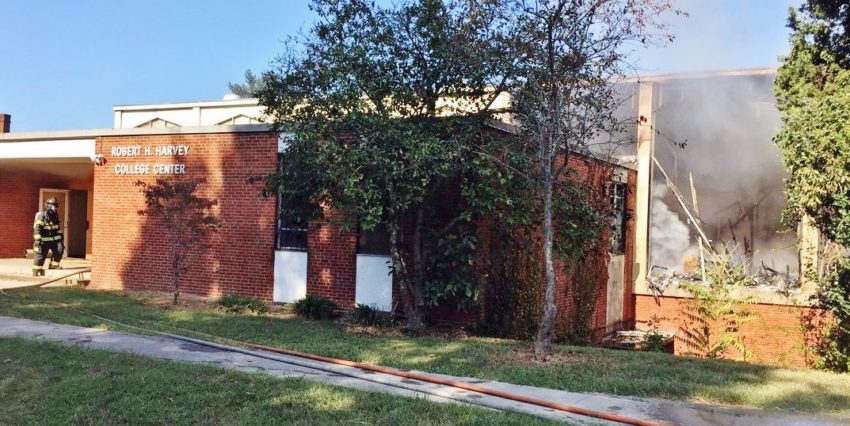 KNOXVILLE, TN (May 7, 2020) – Firefighters extinguished a fire late night Thursday, in an abandoned building on the campus of Knoxville College.

When crews arrived flames were coming from a 4th-floor window of the Robert H. Harvey College Center of the campus at 901 College St. in Mechanicsville. Firefighters determined that the building was not safe for firefighters to enter, the flames were extinguished from the outside.

While extinguishing the fire from the outside, a person exited the building and told responders that there was another person inside, according to a release from KFD. Firefighters then entered the building to search for a second person. No one was found after a search and an ‘all-clear’ was given at 11:30 p.m.

No injuries were reported and arson investigators are speaking with the individual who evacuated the building.

Knoxville College is a 140-year-old historically black college; HBCU. The campus has been dormant for decades. However, in recent years, several fires during warm weather have hampered recent progress made to reopen the campus.