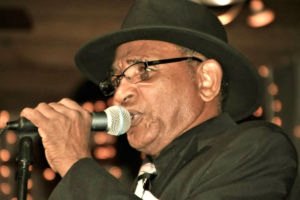 Knoxville, TN – Vernon Dwight Hardin, a well-known vocalist and percussionist, departed this life, April 16, 2020, at U. T. Medical Hospital after a brief bout with a very aggressive cancer.

Dwight Harding & Think Twice Band performed at many venues in and around the East Tennessee area. He was the son of gospel singer, Ruth Hardin, a.k.a. “The Songbird of the South,” a vocalist and percussionist, who preceded him in death.

Over his career, Dwight has performed with/opened for such artists as, The Pointer Sisters, The Jacksons, Bootsy Collins, The Manhattans, B.T. Express, Eddie Floyd, The Original Eastwind and more.

He and Think Twice keyboard player Neil Gillespie were a formidable songwriting team. Think Twice Band’s performances included their original music, along with some classic Soul and R&B hits. Additional bandmates are Jaimie Cameron on guitar, Phil Senseny on bass, and Doug Guthrie on drums.

He was most recently employed at Rick McGill Toyota. He enjoyed assisting his son’s Little League teams and was a well-known mechanic.

Before Dwight passed, band member Neil Gillespie set up this Gofundme page, which is still active. As of May 9th, the balance was $2,895 of the $10,000 goal.

To read Dwight Hardin’s obituary visit OBITS under the ETE menu tab. You can also view the service as it was live-streamed on the Jarnigan Mortuary Facebook page.