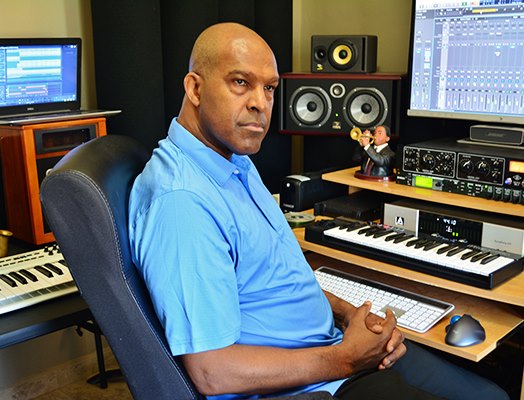 Irvin Lee, in the Washington D.C. area, wrote 'The Rona Song' after medical professionals in the Emergency room refused to test his son.

Nationwide — Federal data has confirmed that most of the dead victims of COVID-19 in the United States are African-American. However, many news reports are not reporting that many of those who have died from the virus were denied tests. These stories have created a national uproar within the Black communities nationwide. Activists, educators, preachers and even media personalities have been speaking up about it. Some were denied a test multiple times. Here are six cases:

Bassey Offiong: a 25-year old Nigerian American college student at Western Michigan University who died from the virus just a few weeks before his graduation. Detroit News reports that he was denied a test multiple times.

Gary Fowler: a 56-year old from Detroit who died at home from the virus. USA Today reports that he literally “begged” for a test, but was rejected on multiple occasions.

Rana Zoe Mungin: a 30-year old social studies teacher from Brooklyn who died from the virus after being on life support for almost a month. CBS News reports that she was rushed to the hospital three different times and was denied a test each and every time.

Kayla Williams: a 36-year old mother from London, UK with three children who died from the virus just 24 hours after she called for an ambulance. The Guardian reports that she was initially told that she was not a “priority”.

Deborah Gatewood: a 63-year old from Detroit who died from the virus just two weeks after testing positive. NBC News reports that she was denied a test three times from the very hospital where she worked.

Thomas Fields Jr: a 32-year old Navy sailor who was stationed in Norfolk, Virginia, who died from the virus. However, his story is a bit different. He himself was not denied a test, but prior to him feeling sick, his mom began to show the symptoms of the virus and was denied a test. WTKR reports that Thomas took care of his mom when she was sent home untested, but sadly he contracted the virus from her. As she got better, he got worse. Had she been given a test, she would have been in the hospital and would not have exposed her son to the virus.

An African American father and musician, has penned a powerful, controversial tune about the Coronavirus after his son was denied a test. It is called the “Coronavirus Song (The Rona Song)” and it creatively represents a voice that most in the Black community can easily resonate with as reports continue to reveal that many African-Americans are being denied tests, and thus are dying from COVID-19 at higher rates.

Irvin Lee, “The Undiscovered Artist” expressed himself as best he could, as an artist. He pinned his views in a song; as musicians do. The message in lyrics express his views – brown people are being discriminated against when it comes to who gets or doesn’t get a COVID-19 test or treatment… and it’s killing them! The video tagged as “The Rona Song” is viral, you can listen to it here; CoronavirusSong.com.