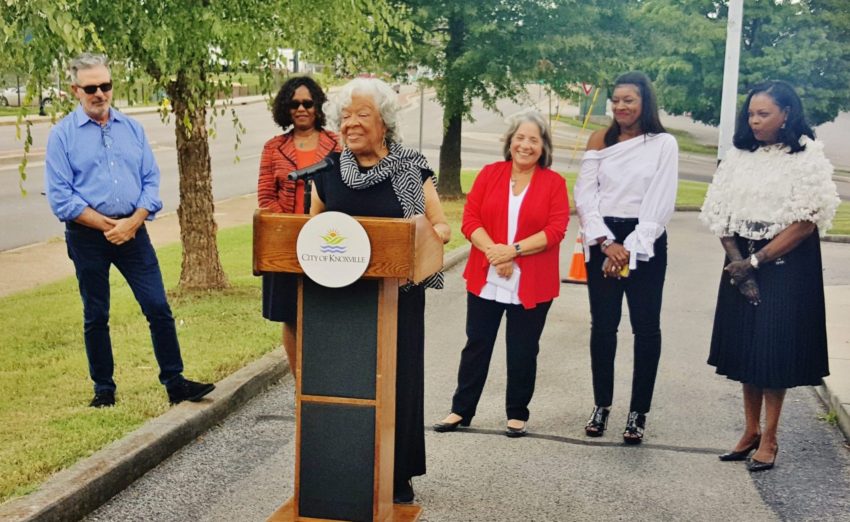 KNOXVILLE, TN (February 2020) – “Gathering Light: The Delaney Project” brings hometown recognition to Knoxville born artist Beauford Delaney. Delaney is recognized as one of the greatest artists of the Harlem Renaissance era. Delaney’s works are world-renowned, except in his hometown of Knoxville; until now!

Stephen Wicks, Curator at Knoxville Museum of Art, has sought to have the works of Delaney recognized among East Tennesseans for many years. Unaware of Wicks’ mission, a similar project drew the interest of Sylvia Peters, a retired national educator, art aficionado, and activist who has made Knoxville home.

On a trip to France with friends in 2016, historic markers throughout Paris caught her eye. “I kept seeing these markers that had (the image of) a black man on them. I had to find out who this black man celebrated in France was.”

On closer examination, Peters learned that the celebrated black man was an artist from Knoxville, Tennessee.

Beaufort Delaney left Knoxville for New York as a young man. He lived most of his adult life in New York and Paris, France. He died in a mental hospital in France in 1979 and was buried there in a paupers graveyard.

“The Parisians thought enough of Beaufort to honor him and where he was born,” said Peters. “I had never heard of him. How could this be, said Peters. As an art collector who lives in Knoxville, Peters was perplexed to not know anything about Beaufort Delaney.

“I had to go all the way to France to learn history in my own town.”

Upon her return to Knoxville, Peters was on a mission to make East Tennesseans aware of the rich history and accomplishments of their native son Beaufort Delaney.

PROGRESSION OF THE DELANEY PROJECT

The Delaney Project is ongoing so there is more to come.