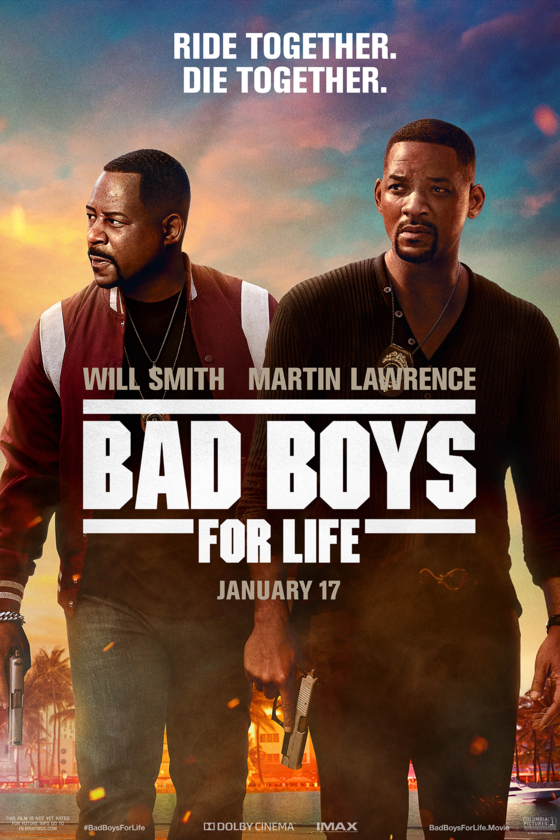 (January 2020) – Movies often keep going stop after stop on the sequel train not knowing when to stop. The latest installment of the Bad Boys franchise featuring Will Smith and Martin Lawrence has found a way to avoid being a victim of this phenomenon.

They capture the chemistry of the original film and add some well placed new characters to breathe new life into this film. Watching this film in 4dx adds another dimension to the movie-going experience, explosions and action shake you and throw you into hairpin turns like you are part of the team. If you want a night full of action, heart and beautiful shots of Miami then Bad Boys for Life is the way to go. Playing at local Regal theatres.

Showing at Regal Cinemas in 4DX and ScreenX. An adult film rated R for strong bloody violence, language throughout, sexual references and brief drug use.