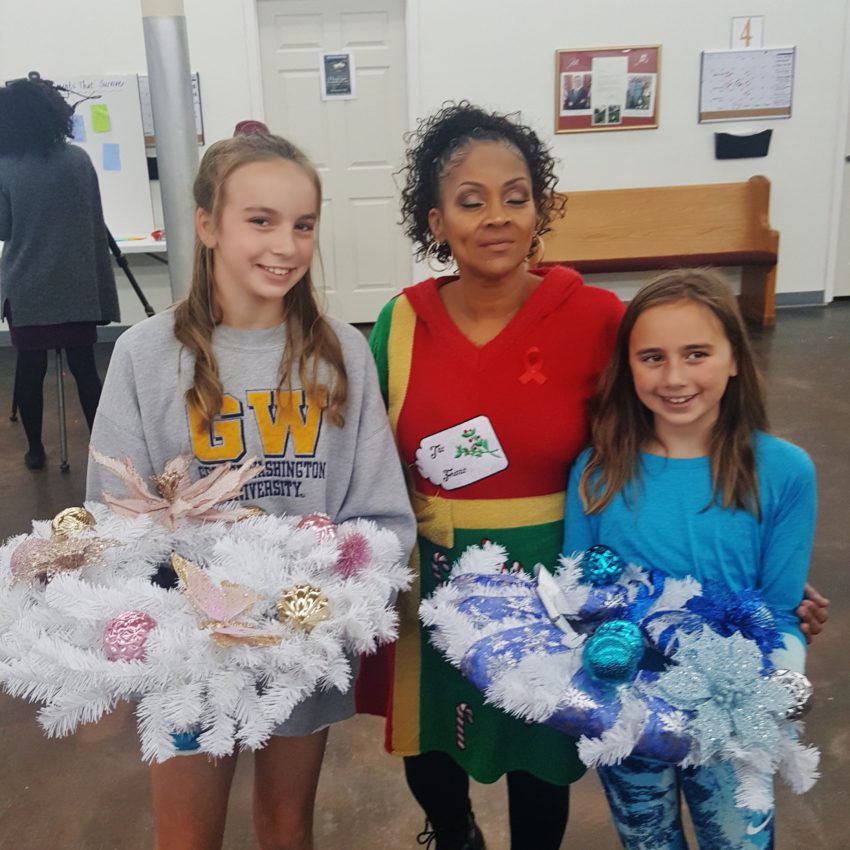 Terry Walker-Smith (center) with the daughters of MDA volunteer Lisa Plawchan, display the wreaths they made that will be delivered to a family. (Photo by PAWilliams)

KNOXVILLE, TN (Dec. 2019) – Terry Walker-Smith is a mom who raised 4 sons. She values that title first and foremost. In 2007, she became a member of a group that no mom wants to join: Moms Demand Action – For Gun Sense in America.

In 2007, her son DeJuansay was stabbed to death and 2-years later, her son Christopher was shot and killed. Both were acts of senseless violence though neither was gang-related.  “It was hard for me to get up in the morning and even harder to try to go to work every day,” said Walker-Smith.

As reports of violent deaths continued, Walker-Smith could feel their (the families) pain and wanted to reach out to the mothers. Grief counseling had given her some comfort, but she knew those moms needed more. “It’s hard for anyone who has not gone through this to understand,” said Walker-Smith. She found strength in her faith and her desire to be there for other mothers.

Walker-Smith formed an outlet for her grief and heart-ache. She started M.O.M.S. (Moms On a Mission) to help grieving mothers “to cope, heal, and rebuild their lives.” The meetings included sincere conversation, fellowship, and a grief counselor. But the meetings were difficult for some participants to look forward to. The group has evolved into a support system of ‘survivor moms’ supporting moms through stages of grief.

“When one of them is hurting or having a bad day we go to their aid,” said Walker-Smith. “It could be a phone conversation to listen, a visit, or getting them out to just talk in a park or over a meal.”

In 2016, Walker-Smith organized the first annual Christmas wreath-making project. The group has also partnered with MDA (Moms Demand Action (For Gun Sense in America)). Members from both groups and volunteers make Christmas wreaths for themselves and other families grieving the loss of a loved one by a senseless violent act.

“This event has really grown in 4-years,” said Walker-Smith. “We have more donations and people wanting to show compassion.” More people are becoming aware of the mounting danger to their children and loved ones, as well as more mothers burying their children.

The event was on Sunday, Dec. 2, 2019, in East Knoxville. Those in attendance were motivated by a range of convictions and emotions; an awakening from the Sandy Hook or other school shooting, a family member in law enforcement, to gun control activists and prevention.

Sandra Quilliam’s participation represented a unique perspective compared with the others there. Her nephew Joe Perry is a Blount County Sheriff’s Dept. officer. “I pray for him every day, he chose a dangerous job. He’s a good young man and he and his wife just had a baby girl,” said Quilliam. “I know this is different, but they also deal with violence every day.”

Tonya Kennedy is one of the newest participants and members of M.O.M.S. Her son Joshua Davenport was found hanging from a tree (not balcony) in his girlfriend’s backyard in Blount County on July 9th, according to Kennedy. She said that Davenport and his girlfriend had a 2-day old baby at that time, yet his death was recorded as a suicide. Davenport was 24-years old.

Ira “Chipper” Grimes 26-year old son Keenan died of an overdose on May 1, 2017. Shortly after, Grimes committed himself to help others by forming the Keenan Grimes Community Outreach Center at 2461 MLK Ave. in Knoxville. Alfreda Whitmire, Keenan’s grandmother, also participated in making wreaths.

Marion Kyle’s son Georgio was stabbed Oct. 22, 2013 in Morristown, TN, during a conflict with his girlfriend and her relatives, according to Kyle. He was 26-years old. She said no one has been charged with the crime.

Shimika Bell was the last ‘survivor mother’ to arrive. She entered discreetly with her head bowed and wearing dark glasses. She chose a secluded seat where she could make a wreath in remembrance of her daughter Shinikjua Gillespie who was 24-years old when she died on Jan 21, 2017. In 2009, Bell’s infant son Jevon Bell died.

You can connect locally on Facebook; facebook.com/MomsDemandAction and on Twitter at @momsdemand; tennessee@momsdemandaction.org; MomsDemandAction.org. There is an MDA chapter in your area.

MDA was founded in December 2012, after the Sandy Hook Elementary School mass shooting. Moms Demand Action has mobilized mothers across the country to become the largest grassroots movement working to reduce gun violence. MDA is a program of Everytown for Gun Safety, the largest gun violence prevention advocacy organization in the country, with more than 1.5 million grassroots supporters. For more information on joining, volunteering, finding a local chapter, or donating, please go to momsdemandaction.org.

Photos from the event by PAWilliams 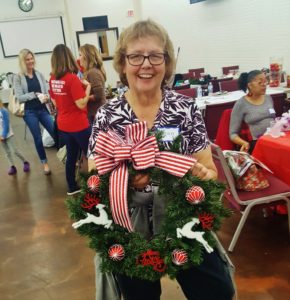 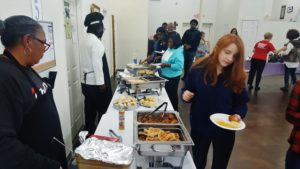