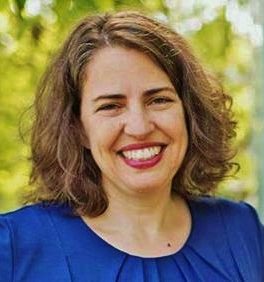 KNOXVILLE, TN (Nov. 18, 2019) – Knoxville Mayor-Elect Indya Kincannon announced that she has put together a group of government, business, and community leaders to advise her on important decisions during the transition. Transition team members have been selected for their breadth of experience, in-depth community knowledge, and passion for Knoxville.

“Each member of this transition team shares my vision of a thriving Knoxville that works for everyone.  I trust each one of them to offer insight and feedback so that the administration can hit the ground running” said mayor-elect Kincannon.

The transition team will have the following seven members:

Carter Hall, Transition Team Manager: As mayor-elect Kincannon’s general transition manager and previous campaign field director, Hall will serve as the transition team leader. Hall has a professional background as a policy advocate for various non-profits, most recently with The Wilderness Society. He also is set to receive his Masters in Public Policy and Administration from The University of Tennessee.

Bob Whetsel: During his 23-year career with the City of Knoxville, Bob Whetsel served 4 Mayors in various roles, including as Director of the Public Service Department and Director of the Office of Redevelopment. Whetsel retired from the City and currently serves as Vice Chairman of the KCDC Board of Directors.

Cortney Piper: Cortney Piper is president of Piper Communications, specializing in energy and technology communications consulting. Piper has worked with research institutions, the private sector, NGO’s and government officials on countless energy initiatives in Tennessee. She is also a political contributor for WATE-TV’s (ABC) Tennessee this Week  where she provides commentary on current news and events.

Charles Lomax: A former Commissioner on the Knoxville/Knox County Planning Commission, Charles Lomax is also a member of a number of community organizations, and has served as the Senior Pastor of St. John Missionary Baptist Church since 2012.

Mayor-Elect Kincannon will be sworn into office on December 21st, 2019.