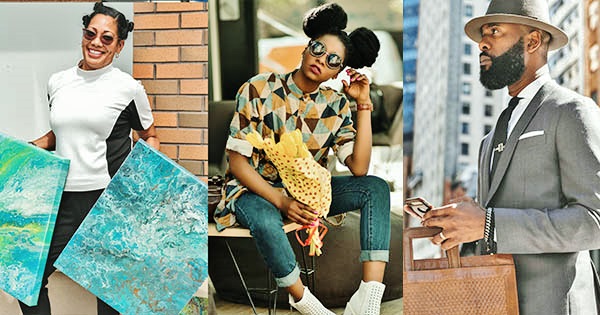 Editor’s note: There are few and fewer black businesses in Knoxville and East Tennessee, shopping is growing into a global internet experience. Our local businesses can join this campaign of selling to global shoppers, while local shoppers can support small businesses across the globe. A win, win no matter where your business is located or where you make your home.

Nationwide — What started out as a campaign by several dozens determined organizations asking every American to support Black-owned businesses for a week has morphed into a worldwide movement.

Currently, an estimated 200 organizations now unite to ensure the success of the national Shop Black Week (SBW) campaign that starts this Friday, Nov. 22, through Black Friday, Nov. 29. That number is three times more than the initial grassroots effort.

The growing collective represents more than 1.5 million members — from coast to coast — sharing information via their social media accounts requesting subscribers and followers to #shopblackweek and #SBW2019 and relay their purchases, business names, locations and dates.

Media serving Black communities and households across the country have spread the news about SBW with an overwhelming response. Churches with primarily African-American congregations and Black media are among them. Local newspapers and magazine giants such as Ebony and Black Enterprise covered the movement.

However, supporters have crossed ethnic and racial lines displaying diversity for the seven-day SBW event. Coordinators noted they have not found another time in recent history when such organizations have come together for a single cause.

“We had no idea that so many different people from different backgrounds would want to get involved with this timely and important movement,” said Aysha Jackson, VP of Operations for The Nubian Network the lead in coordinating Shop Black Week activities.

This historical coalition garnered an extensive amount of press from national and local news, radio, magazines, blog postings and other publications.

Coverage included every major television entity such as ABC, CBS, CW, FOX, and NBC as well as many other independent television outlets. In addition, Latino television, magazines, radio and news outlets such as Telemundo and Latin Business Today reported on SBW.

The most unexpected press included international coverage from African and European nations and Canada. Surprisingly, support has come from many Country and Western radio stations, talk radio, sports radio and some unique blogs that have joined our efforts.

“I’ve been in promotions for over 20 years, and being a part of a campaign that commands this volume of media attention has surprised even me,” said Rochelle Williams, Show Black Week’s PR Representative.

Visit www.ShopBlackWeek.org for information to participate as a business, individual or organization.