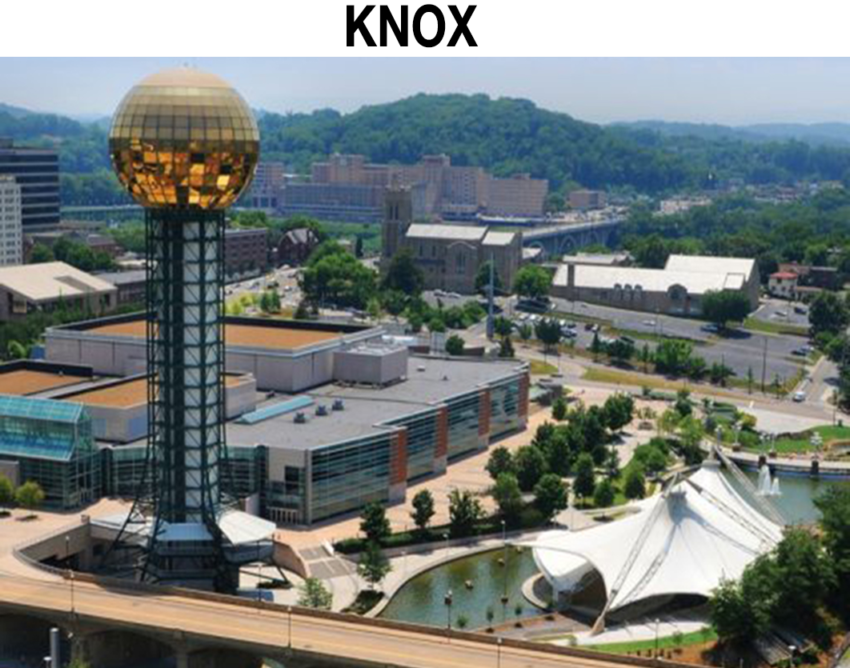 An aerial view of the Sunsphere on the site of the 1982 World's Fair that was in Knoxville, TN.

KNOXVILLE (Nov. 11, 2019) Mayor Rogero will mark the completion of the City’s $15.8 million streetlight retrofit project with an illumination ceremony at 5:15 p.m. Wednesday, Nov. 13, at Emory Place in Downtown North.

The project has also pushed the City past its goal to reduce municipal greenhouse gas emissions 20 percent before 2020.

For additional information about the project, visit KnoxvilleTN.gov/LED.

If you are deaf, hard of hearing, or LEP (Limited English Proficient) and want to request interpretation services, please contact Title VI Coordinator Tatia M. Harris at tharris@knoxvilletn.gov or 865.215.2831. If you are a person with a disability who requires an accommodation to attend, contact the City’s ADA Coordinator, Stephanie Brewer Cook, at 865.215.2034 or scook@knoxvilletn.gov at least 72 hours before the meeting.