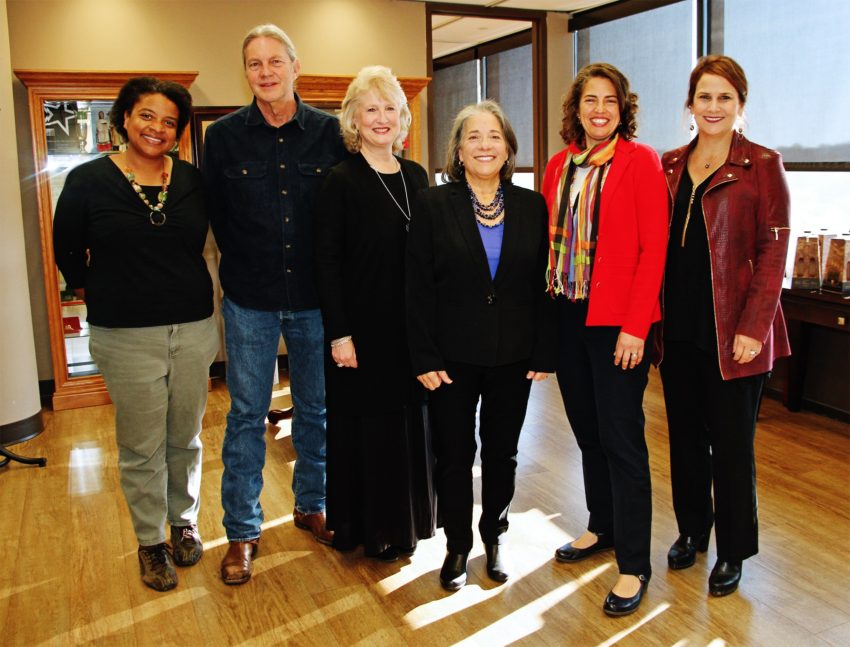 The most diverse City Council in Knoxville history.

KNOXVILLE (Nov. 6, 2019)  The top vote winners of yesterday’s city election got their first invitation from outgoing Mayor Madeline Rogero. Following a tradition, the Mayor hosted a breakfast in her office and congratulated Mayor-elect Indya Kincannon and Council members-elect Lynne Fugate (At Large Seat A), Janet Testerman (At Large Seat B), Amelia Parker (At Large Seat C) and Charles Thomas (5th District) on their election victories.

Once the new officeholders are sworn in on Dec. 21, Knoxville will have the most diverse City Council in its history: Seven of the nine Council members will be women, including three women of color.

“I heartily congratulate Indya Kincannon and the new incoming Council members,” Mayor Rogero said. “I thank all the candidates for running energetic, issues-oriented campaigns. Because of their engagement with citizens, turnout was up 19 percent from the last comparable election. I look forward to a smooth transition and Knoxville continuing its momentum.”