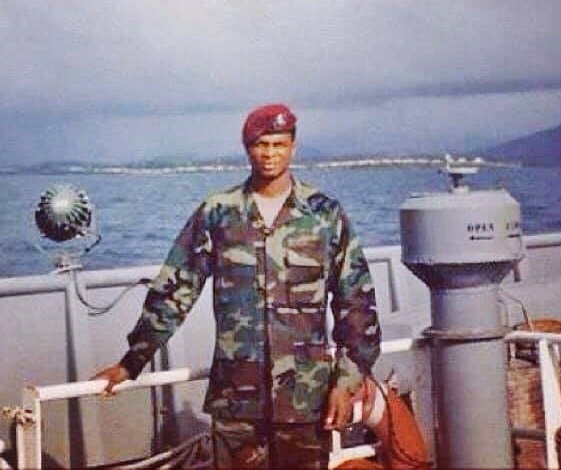 Over 27 years ago, I️ left my hometown in Tennessee to embark upon one of the greatest journeys in what has been a lifetime of great journeys. I️ joined the US Army as a Military Intelligence Linguist and volunteered to serve in the 82d Airborne Division, one of the most elite military forces in the world.

I️ unknowingly followed in the footsteps of service to my country through a grandfather I had never met (deceased, ret. Army Staff Sgt. Charles E Williams), as well as an uncle who gave all in the Viet Nam conflict in1968 (Marine 1st class Labon Raphael ‘Ray’ Williams) .

I learned Spanish in Monterrey, CA at the Defense Language Institute, the leading language school in the world before settling in at Fort Bragg, NC. I️ served two tours as a paratrooper.

I️ went on joint missions with the Marine Corps and Air Force and conducted counternarcotics missions in the Caribbean with the Navy. I fearlessly jumped out of planes into both jungles and frozen drop zones. Young and determined, I️ had the time of my life.

Looking back I️ am grateful for the opportunities the experience gave and all that I️ learned. I️ bought my first home. Paid for undergrad and part of JD, masters and doctorate degrees. I️ learned discipline, perseverance, and team work. I also laid the foundation for a lifelong journey of physical fitness. Having grown up in a household and family of women, it was here I became a man. It was an honor to have served and shout out to all of us who have taken this journey honorably. 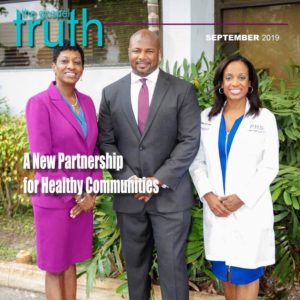 Darvin Williams is a Knoxville native. He attended Bearden Middle, and is a 1992 honors graduate of Central High School. He has earned an Associates of Arts in Education and a Bachelor of Science in Psychology from Campbell University; Doctorate of Law and a Master’s in Public Health from George Washington University Schools of Law and Medicine respectively, and a Master’s in Business Administration from University of Miami.

Williams lives in Miami where he is President of Wellspring Community Resources, Inc., and CEO of Med Optimization.

Photo caption right: Darvin Williams (c) on the Sept. 2019 cover of The Gospel Truth magazine in Miami. He is flanked by Gregory Reed and Dr. Michelle Powell. Sept. 2019