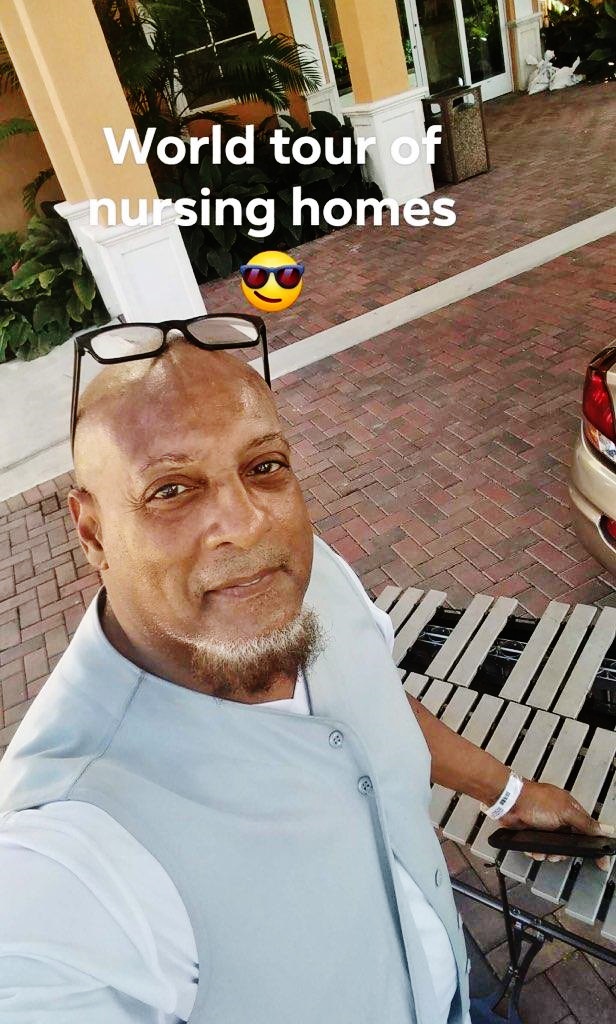 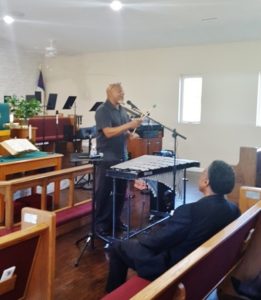 A crowd of relatives, boys club members, school teachers, childhood Scarboro friends, and community members recently packet Spurgeon Chapel Church,  to welcome one of their own. Oak Ridge native and percussionist Bruce White was in town on a recent Sunday and performed two free concerts. The first was at Oak Valley Bapt. Church and an afternoon concert at Spurgeon Chapel AME Zion Church, both in Oak Ridge, TN.

While in East Tennessee, White also visited the nursing home where his Aunt Eunice Wilkerson resides and performed for her and the residents.

White is the son of the late Leroy White who was an avid community activist and singer who retired from Oak Ridge National Laboratory, and the late Vera White who was active at Spurgeon Chapel Church and the YWCA in Oak Ridge.

White’s father, and two of his siblings Paul, and Eunice were a trio that performed in the East Tennessee area in the 1950s.

White noticed his interest in music in elementary school under his then teacher Vivian Fleming. Although music was in his DNA, White had never recognized his dormant artistic talents.

White injured his leg while playing football at Oak Ridge High School. During his rehabilitation, music became his pass time and awakened his talents.

White attended Tennessee State University. To his father’s dismay, he majored in music as a percussionist. His experience at an HBCU and finding his niche, White excelled academically and in all areas of his education.

White is planning a concert in Oak Ridge in March 2020, where he will share some of his new compositions with the inclusion of members of his musically gifted family, along with some other prominent artists. He would also like to incorporate some poetry from local artists and display some of his photography.

This program was sponsored by the Spurgeon Love Thy Neighbor Ministry.