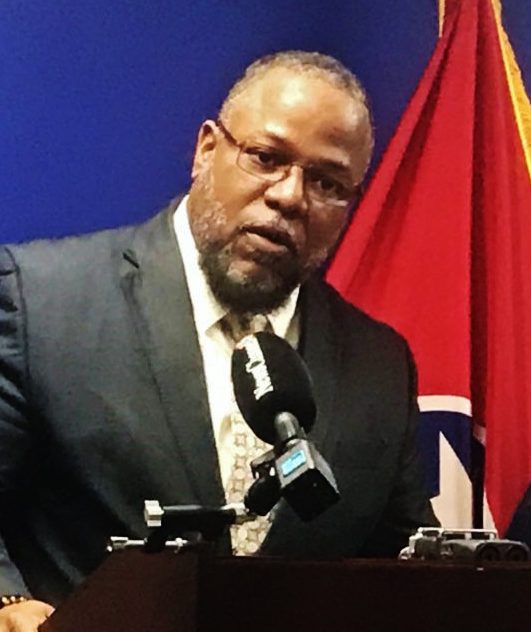 ‘Someone needs to be fired,’ says Memphis lawmaker about letters sent to Tennessee school parents

BY MARTA W. ALDRICH
Letters were distributed to families in dozens of East Tennessee schools are creating a stir among education advocates who worry the content of the correspondence could end up harming the very students intended to be helped.

The letters inform parents that, based on state systems for rating school performance, their school has been targeted to receive additional federal resources and support because a historically underserved group of students within the school is in the state’s bottom 5% for that group. And based on guidance provided to districts by the state Education Department, most districts are telling parents which student group or groups are struggling.

“Specifically, Cedar Bluff is a Targeted Support and Improvement school based on the following student groups:  Black student ethnic/racial group,” says one letter sent to parents of students at Cedar Bluff Middle School, a Knoxville school that is mostly white.

Other letters have identified Hispanic students as the source of the designation, as well as students who have disabilities, are economically disadvantaged or are English language learners.

Rep. Antonio Parkinson of Memphis on Thursday blasted the Education Department’s handling of the communication, which he worried could contribute to a climate of racial stereotyping, bullying, or low self-esteem for some students.

“If you’re a black child who is performing well but your school has been identified as having a low performance by black children, what does that do for that child?” asked Parkinson, a Democrat who serves on the House Education Committee.

In Memphis and Nashville, where the state is preparing to launch a school voucher program next year, Parkinson believes the letters could incentivize parents to pull their children out of the targeted public schools and tap into taxpayer money to attend private schools. Officials with those school systems did not immediately confirm that similar letters had been dispatched to some of their schools.

“This communication was handled so poorly. Someone at the state needs to be fired over this,” Parkinson said.

“This was not good execution of a template letter and goes beyond the scope of what the federal law requires,” acknowledged Jennifer Johnson, a state spokeswoman. She added that the matter will be reviewed by the Education Department.

“We followed the directions of the Department of Education,” said Superintendent Bob Thomas of the letters. “We try to reassure parents that all of our schools are good schools but that identifying any group that is underperforming helps us to develop strategies to help our schools to be better.”

When Tennessee was drafting its school improvement and accountability plan in 2016, advocacy organizations such as the Tennessee Educational Equity Coalition emphasized the need for sensitivity when communicating information about low-performing schools or students.

“We would never want to single out a population, and the last thing we need is for fingers to be pointed at an entire community as a reason for having a failing school,” said Alexza Barajas Clark, associate director of Policy and Advocacy for Conexión Américas, which advocates for Hispanic families in Nashville.

“These are not underperforming students; these are underserved students. The onus is on the schools and districts and leadership to ensure that these students are getting their resources to succeed,” Clark said.

Thomas was hopeful the letters will have their intended purpose to marshal resources and improve schools — and not backfire by profiling or stigmatizing students in some groups.

“Our district’s strategic goals are to eliminate disparities in academics and discipline, and this falls right in line with that,” he said. “My hope is that this will be looked upon as an opportunity to review our strategies and instructional practices and find ways to give all of our students the best opportunities.”

Below is a link of the state’s guidance for notifying parents of targeted schools, including the template letter.

(Rep. Antonio Parkinson of Memphis is speaking out while Knox County Schools district elected representatives or its director  remains silent.)