Irth, is an app that holds doctors accountable for the lack of care and produces a high Black maternal and infant mortality rate.

Black women are 243% more likely to die from pregnancy and childbirth and related complications.

Irth, is an app that holds doctors accountable for the lack of care that is producing a high Black maternal and infant mortality rate. This app, unlike others, specifically aims to eliminate bias in the health care industry. 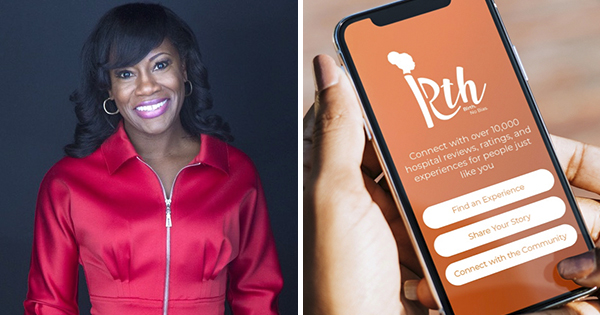 New York, NY (BlackNews.com) — Narrative Nation, Inc. a non-profit that creates multimedia content and new technologies to eradicate health disparities, has received a $200,000 grant from the Tara Health Foundation to develop its signature digital platform, Irth (as in Birth, but without the B for bias), a tool to identify and eradicate bias in maternity and infant care.

Irth is a groundbreaking mobile application with dual market uses that will catalyze the health equity movement. Irth recognizes that implicit bias is a significant barrier to fair treatment for all. Bias in care has been directly linked to the high Black maternal mortality and Black infant mortality rates. However, women and other birthing people from marginalized groups have no way of knowing how someone like them experienced a certain doctor or hospital.

As a consumer-facing app, Irth is a “Yelp-like” review and rating platform for healthcare providers and hospitals that allows you to find a review from someone with a similar racial, ethnic or socio-economic profile or leave a review for someone like you. This empowers consumers with peer-based information for health care decision-making.

On the back end, the digital platform builds the first-ever repository of experiences of care among marginalized groups, and creates an unprecedented qualitative data set that identifies trends to work directly with providers to improve scores.

Irth is the brainchild of Narrative Nation founder Kimberly Seals Allers, an award-winning journalist and former senior editor at Essence. While pregnant as a graduate student at Columbia University, she asked several of her white girlfriends for a hospital recommendation. She delivered at the same hospital that received glowing reviews from her white peers but left feeling violated and traumatized. “At that time of my life, I was on student insurance and I was not yet married. Despite my career and academic accomplishments, I was treated as an unwed black woman with basic insurance. I lived that. It was clear to me that not all people experience the same place the same way,” Seals Allers says.

That initial experience was further validated by nearly a decade of hearing the birth stories of black women and other women of color in her maternal advocacy work developing community-partnered interventions in several cities, including Detroit, Philadelphia and New Orleans.

“Bias in maternity and infant care is a serious threat to optimal health outcomes. We are delighted to support the Irth digital tool and partner with Kimberly Seals Allers in the important work of reducing Black maternal mortality and morbidity and improving the quality of care for women and birthing people from all marginalized groups,” said Ruth Shaber, MD, president of Tara Health Foundation.

The grant will fund a two-phase project to conduct immersive, community review collection campaigns in several cities. Then, key hospitals will be identified as potential partners for a pilot project to turn Irth’s data into actionable practice improvements for respectful care for all. Learn more about the Irth digital platform at www.BirthWithoutBias.org.

About Tara Foundation
Tara Health Foundation is dedicated to identifying and supporting innovative solutions that improve the health and well-being of women and girls. Tara Health is also committed to engaging peers to join in piloting and demonstrating the use of creative philanthropic capital to drive social and financial returns. Learn more at www.tarahealthfoundation.org