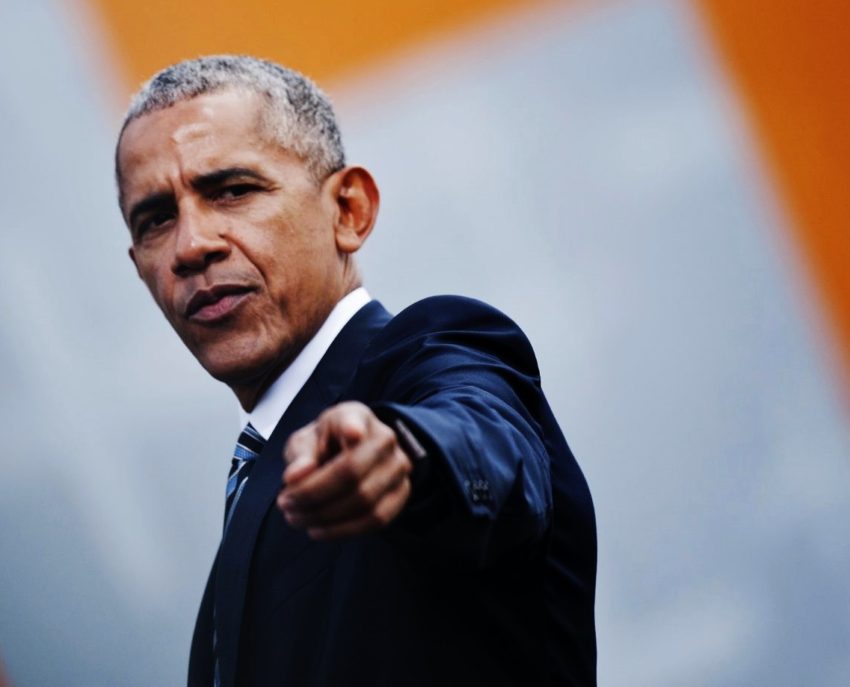 By Camilo Montoya-Galvez in The Westside Gazette

In a rare public statement on Monday, Aug. 12, 2019, about twin mass shootings that have rattled the nation, former President Barack Obama offered a forceful rebuke of the growing gun violence in America. Not only denouncing the lack of federal gun control measures but public leaders who demonize marginalized groups and stoke racial divisions.

Without naming names or the divisive rhetoric of his successor on immigration and race — which many have said fans the hatred behind violent acts like Saturday’s massacre in El Paso — Obama urged the public to rebuff “leaders” who scapegoat certain groups and employ bigoted language.

“We should soundly reject language coming out of the mouths of any of our leaders that feeds a climate of fear and hatred or normalizes racist sentiments; leaders who demonize those who don’t look like (them) us, or suggest that other people, including immigrants, threaten our way of life, or refer to other people as sub-human, or imply that America belongs to just one certain type of people,” Obama said in his statement.

Mr. Trump, during his first official televised remarks about the shootings on Monday, denounced white supremacy and “racist hatred.” But he did not concede that his own inflammatory — and at times racist — rhetoric has come under criticism from many Americans.

The nation’s first African-American president also directly referenced and condemned the apparent racist and anti-immigrant motives of the 21-year-old white man who authorities believe killed at least 22 people inside a Walmart in El Paso on Saturday.

Obama said “indications” suggest the actions of the suspected shooter in El Paso are part of a “dangerous trend” of mass violence fueled by racism and white supremacy. “Like the followers of ISIS and other foreign terrorist organizations, these individuals may act alone, but they’ve been radicalized by white nationalist websites that proliferate on the internet,” he wrote.

The deadly rampage in this predominately Latino border city is being treated as an act of domestic terrorism by the Justice Department and a potential hate crime by federal investigators, who are probing a racist, anti-immigrant document purportedly authored by the suspect. The alleged manifesto decries the growing political power of Texas’ large Latino community and denounces progressive positions on immigration.

Urging Americans to heed the lessons of the past, Obama stressed that there must be a broad acknowledgment that racist language has “been at the root of most human tragedy throughout history, here in America and around the world.”

“It is at the root of slavery and Jim Crow, the Holocaust, the genocide in Rwanda and ethnic cleansing in the Balkans,” he wrote. “It has no place in our politics and our public life. And it’s time for the overwhelming majority of Americans of goodwill, of every race and faith and political party, to say as much — clearly and unequivocally.”

In his statement — one of only a couple of public proclamations he’s made since leaving office in early 2017 — the former two-term Democratic president said he and former first lady Michelle Obama are grieving with all the families affected by the massacre in El Paso and another mass shooting in Dayton, Ohio, that killed nine people.

The two massacres over the weekend have reignited the divisive debate around gun control and exposing the deadly threat of domestic terrorism, radicalization of youth and white supremacy.

“No other nation on Earth comes close to experiencing the frequency of mass shootings that we see in the United States,” Obama wrote.

“No other developed nation tolerates the levels of gun violence that we do.”

Obama criticized the position of elected officials and members of the public who maintain that stricter gun laws will not stop a person determined to carry out mass violence, saying common-sense measures can help prevent some killings and “save some families from heartbreak.”

“We are not helpless here,” he wrote. “And until all of us stand up and insist on holding public officials accountable for changing our gun laws, these tragedies will keep happening.”

This article originally appeared in The Westside Gazette.