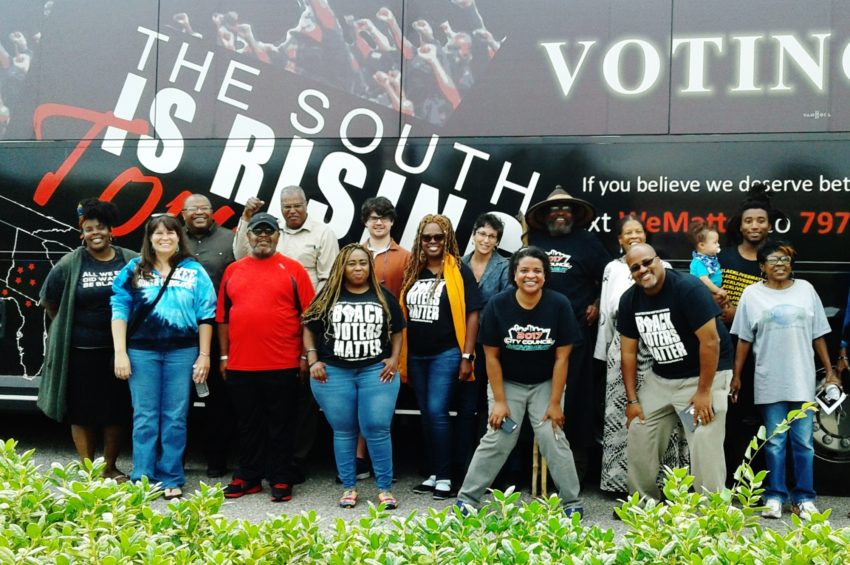 Members of the Knoxville City Council Movement hosted the Black Voters Matter team for a brief stop in Knoxville. 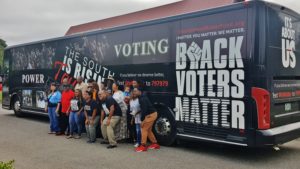 Members of Knoxville City Council Movement invited the BVM team to Knoxville. CCM was formed prior to the 2017 local elections where 5 term-limited members on the City Council would be replaced. Organizers of CCM seized an unprecedented opportunity to seat a united group of council members who would commit to fairly represent and distribute resources based on the needs of all citizens while accommodating constituents of their districts.

The CCM movement was effective in getting two of their three candidates, Seema Singh Perez, and Amelia Parker survived the primary to be placed on the ballot for the General election. Extenuating circumstances prevented one of the two, Amelia Parker, from earning her place on the general election ballot.

Amelia Parker decided to run in the general election as a write-in candidate and garnered a respectable percentage of votes, which was unprecedented for all previous write-in candidates. The effectiveness of CCM was recognized by political pundits and local media outlets throughout the city as a rising, effective political force.

Since then the group has been in an organizational growth mode. They are connecting and gleaning from established organizations and benefactors that share their mission, “to strengthen the people’s political power by holding elected officials accountable via organizing, education and participatory democracy.” The BVM organization is one among those that heeded their call. In a brief 2-hour session, information was gained and exchanged.

The BVM organization was co-founded by Cliff Albright and LaTosha Brown with the mission to; daily enforce the importance of voting; increase and empower voters in marginalized and black communities and more. To connect go to; BVMcapacitybuilding.org; or facebook. The local Council Movement is on Facebook.